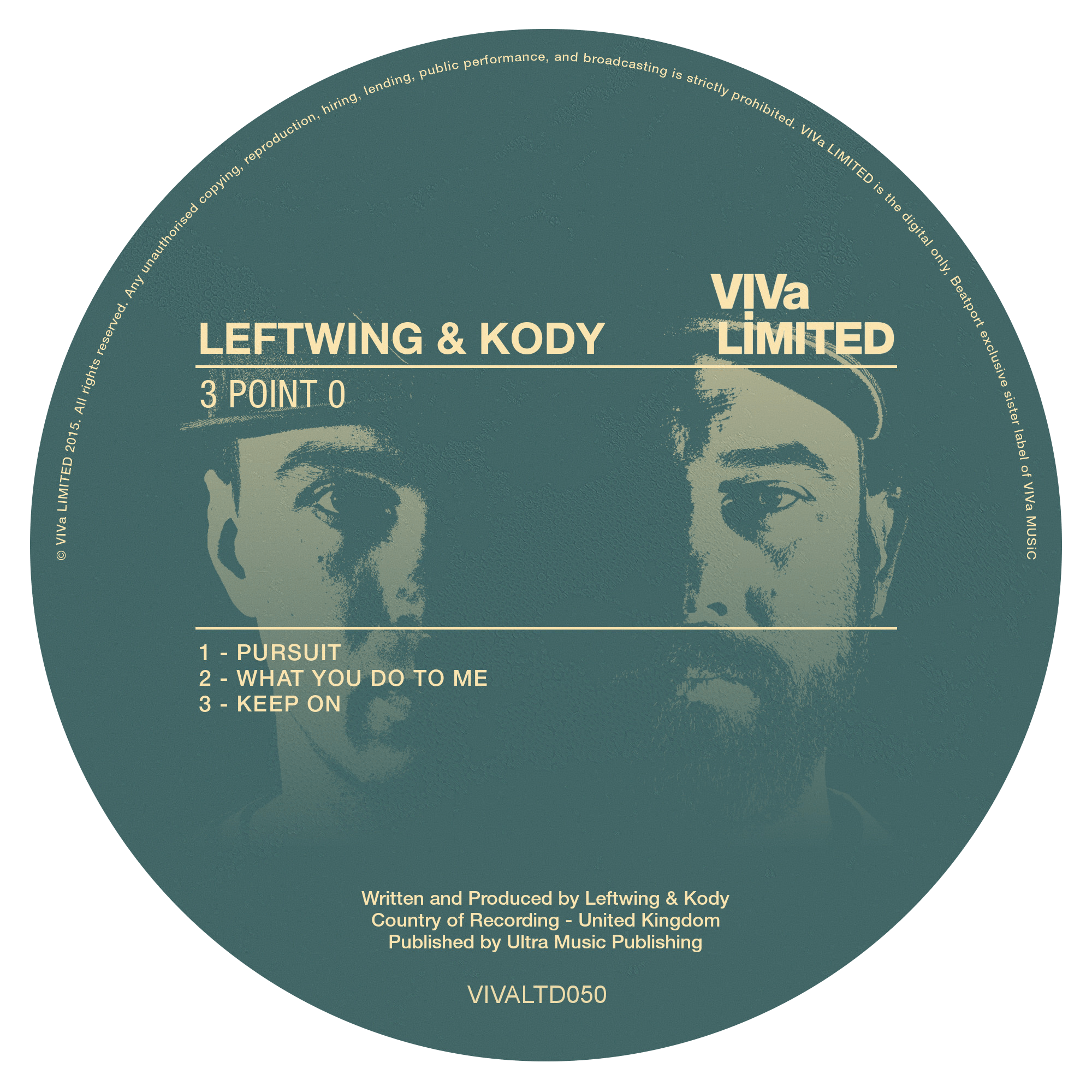 Emerging in 2012, Leftwing & Kody have become regular fixtures in Beatport’s Top 10, releasing on the likes of Knee Deep In Sound, Hot Creations and MadTech when not on their own Lost Records imprint. Having worked with some of house music’s greatest legends, such as Roger Sanchez, Todd Terry and Romanthony, the pair’s studio abilities are irrefutable, making them likely artists for the next release on Steve Lawler’s VIVa, whilst also getting signed to VIVa’s management roster to boot.

First up, ‘Pursuit’ delivers sinister samples, whirring atmospherics and a viscous bassline signature to the Leftwing & Kody sound before ‘What You Do To Me’ employs rattling percussion and offbeat stabs until a lengthy drumroll ignites into an infectious groove. Tying it all together, ‘Keep On’ is a bass focused number complete with a looped vox, echoing effects and a compelling rhythm.