Above & Beyond to host one day Anjunabeach SoCal festival 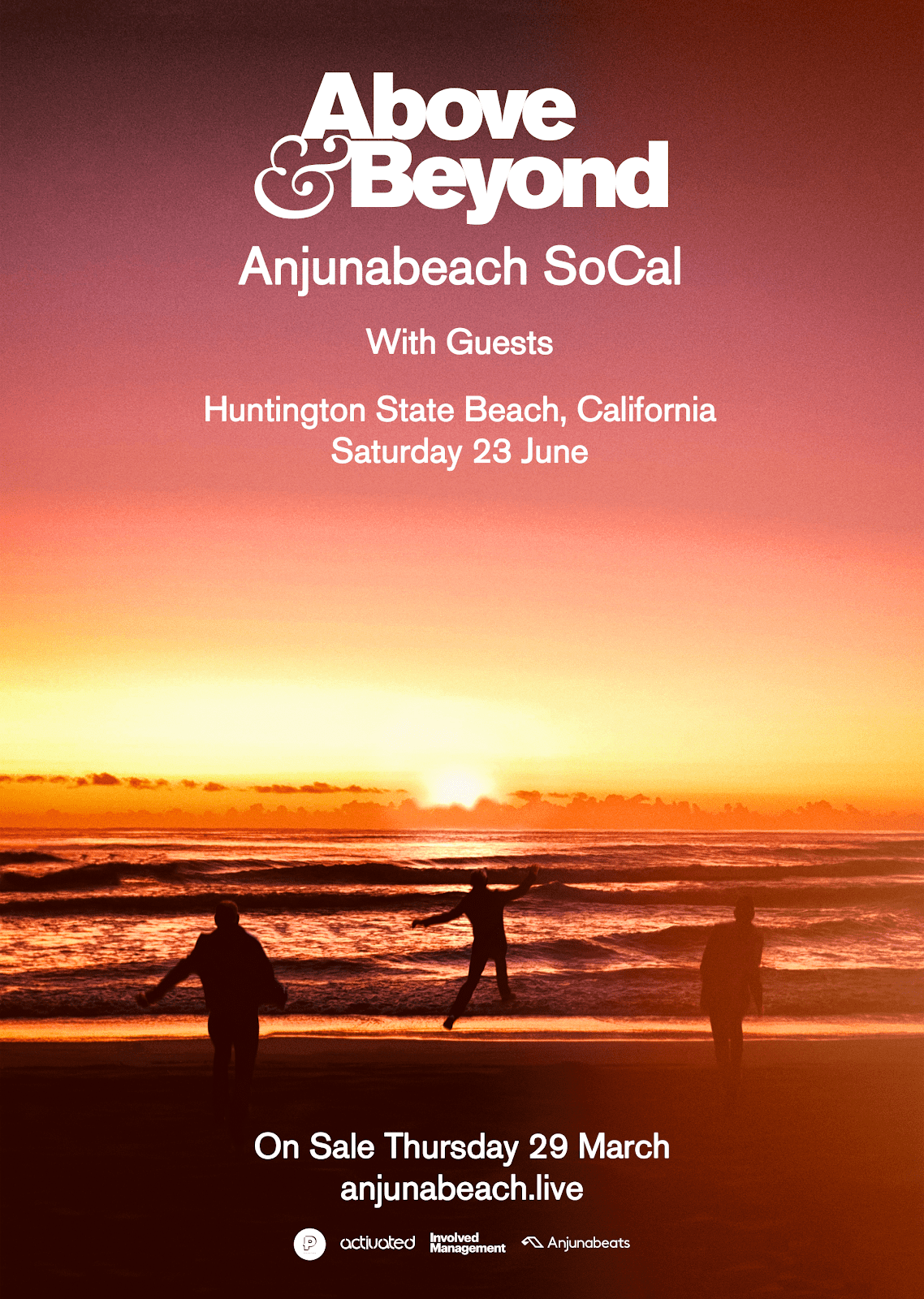 Above & Beyond to host one day Anjunabeach SoCal festival

Named after the beach in Goa that inspired their iconic Anjunabeats record label, Above & Beyond host a special one-day festival event on the sand at Huntington State Beach, CA on June 23. Tickets will be available on March 29 and 10am PT.

Heading into the final days of a 30-date tour celebrating the release of their new album Common Ground, North American fans can look forward to a once-in-a-lifetime experience when the GRAMMY Nominated trio take to the sand this summer.

The real 'Anjuna Beach' resides in Goa, India. Its wild history as a global party destination has inspired many, including Jono Grant, Tony McGuinness and Paavo Siljamäki (aka Above & Beyond), who named their renowned Anjunabeats record label after it.

The London-based band (who are perennial favorites in California chalking up sold out marquees at The Hollywood Bowl, Los Angeles Forum and The Greek Theater to name a few) will welcome a host of talent from their Anjunafamily of artists to the bill and will also be performing an exclusive second set of their own. Details of that unmissable performance will be shared in coming weeks.

Common Ground, the fourth studio album from Above & Beyond, was released January 26th on the band’s own Anjunabeats imprint and debuted at #3 on the Billboard 200 Albums Chart. The album includes the 2017 festival anthems 'My Own Hymn', 'Northern Soul', 'Alright Now' and 'Tightrope' and new songs with longtime collaborators Justine Suissa (‘Naked’ and ‘Cold Feet’),  Zoë Johnston (‘Sahara Love’ and ‘Always’) and Richard Bedford (‘Happiness Amplified’ and ‘Bittersweet & Blue.’)