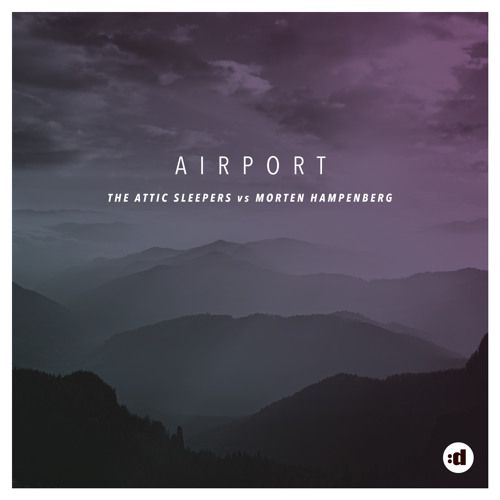 Copenhagen based indie/folk duo, The Attic Sleepers have teamed up with one of Denmark’s hottest dance producers, Morten Hampenberg, to release their forthcoming track, ‘Airport’ via the burgeoning Nordic label, disco:wax, based in Copenhagen.

Initially premiered at the start of 2015 alongside a live performance video as an original from the Attic Sleepers, ‘Airport’ received great praise both locally and internationally and led to the group adding an extra dimension with the inclusion of Hampenberg. The collaboration sees the tune gain a markedly more up-tempo, fresh and tropical sound to create an undeniable musical gem, with the original version seamlessly fusing with Hampenberg’s electronic sound.

Each artist brings their own individual style to the track, with The Attic Sleepers’ Mathias Barfod’s dusty leading vocals complementing Hampenberg’s inch perfect production. The tune plays out with a distinct Nordic sound, not dissimilar to the work of Mew, Sigur Rós, Röyksopp or some of the other highly acclaimed electronic artists who have recently hailed from those lands.

Gentle, ambient synth-work opens the track, with Barfod’s dulcet vocals layered atop Hampenberg’s delicate, melodic undertones. The soft bass is introduced, governing the drive of the track until the raw, organic percussion leads into the chorus. Sporadic djembe drums and marimba interludes all add to the track’s warm and tropical sound. The track’s release is accompanied by a striking lyrics video – be sure to check it out below.

The Attic Sleepers have had a phenomenal year touring their native Scandinavia and preparing for the release of their debut EP, ‘Lanquin’. The title of the EP takes its name from the Guatemalan town where the pair began the ‘Attic Sleepers’ project and the band was formed. Morten Hampenberg continues to put out top-quality electronic dance music and prove himself to be a versatile and dynamic producer in his field, with his previous work spanning a variety of genres, from Deep House to Trance, Trap and everything in between. Both acts have a horde of music in store for us in the forthcoming year. Stay tuned to their socials to hear it first!