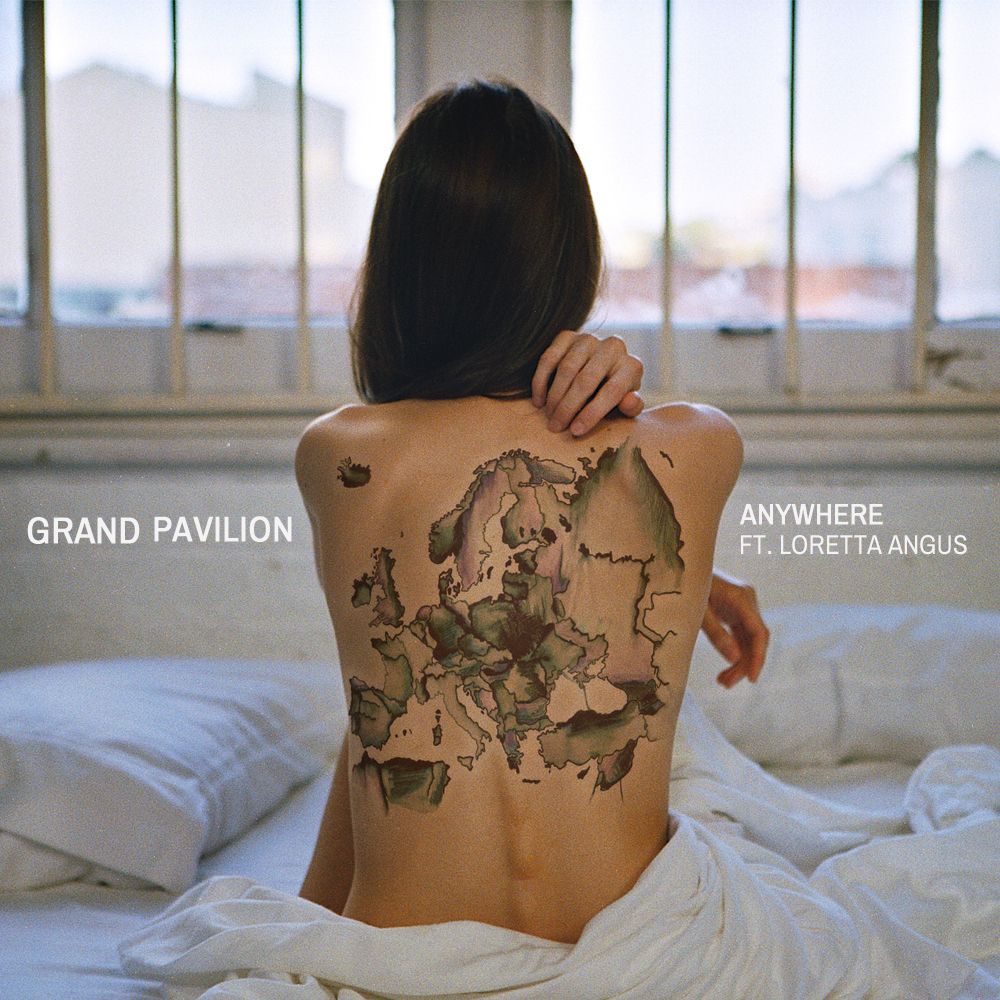 ‘Anywhere’ is the latest single from an Aussie duo living in London, who go by the name Grand Pavilion, and just the first in a collection of releases they have planned for 2016.

After setting up camp in London back in 2015, Grand Pavilion’s Tom Hunt and Stuart McNair embarked on a writing and sample-gathering trip across Europe, in search of inspiration and ideas for the next phase in Grand Pavilion’s sound.

A few months later they returned home for the summer feeling inspired by everything they’d learned from everyone they had met, and after a night out in Byron Bay with old some friends, their new single ‘Anywhere’ came to life.

As the smooth comforting voice of Tom Hunt begins to sing its words of nostalgia and love, it’s soon met by the graceful vocals of Loretta Angus, and together their duelling harmonies sing out from within a backdrop of pulsing electronic beats, echoing synths and an assembly of percussive sounds.

“’Anywhere’ is inspired by the excitement of a fresh, unexpected summer fling, exploring both the physical and emotional connection you have with this person, and resulting in what would be a most unforgettable summer” – Grand Pavilion

‘Anywhere’ is available now from iTunes and on Spotify, and in a few weeks time we can expect an accompanying B-side track called, ‘Roads Like Veins’.