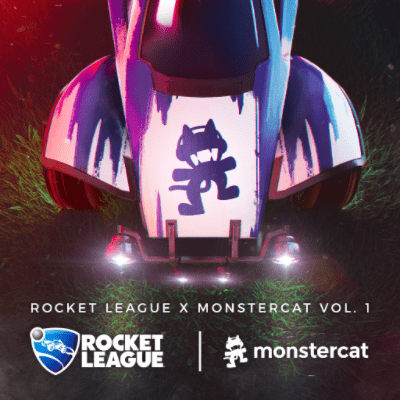 Vicetone releases heavy hitting track, "Apex" out now via Monstercat. The track will be featured in the new Monstercat x Rocket League compilation album, ahead of the Rocket League video game Championship Broadcast.

"Apex" is a high-octane track that is undoubtedly ready to give both gamers and ordinary fans a boost of adrenaline while listening. Now with the help from Vicetone, it's clear that both Monstercat and Rocket League are reinventing the music and gaming industries.
Rocket League is a futuristic sports video game that equips players with booster-rigged vehicles which can be crashed into balls for incredible goals or epic saves across multiple, highly-detailed arenas. Using an advanced physics system to simulate realistic interactions, Rocket League relies on mass and momentum to give players a complete sense of intuitive control in this unbelievable, high-octane re-imagining of association football.

Another product from Holland’s thriving dance scene, childhood friends Ruben Den Boer and Victor Pool – better known as Vicetone – flew into the spotlight in 2015, after their collaboration with Nicky Romero titled, ‘Let Me Feel’. The dance floor anthem shot straight to #1 on the Beatport Charts and swiftly paved the way for a wealth of material to come from the duo, including their track ‘Landslide’ with American indie pop act Youngblood Hawke. The crossover track has gained over 4 million plays on Spotify alone. Vicetone have toured relentlessly throughout their music career so far. Captivating audiences with their energetic sets, the duo have played across Europe and America. They’ve recently completed their Asia Tour, playing shows across China and South Korea, all met with critical acclaim.

Elsewhere, Vicetone have made several appearances on the festival circuit, where they previously played Tomorrowland and Ultra Music Festival. Vicetone are gearing up for an adventurous summer ahead, which includes a debut performance at Corona Sunsets in London and their return to Ultra Europe in Croatia. Armed with their catchy, melody-driven sound, “Apex” will not only add to their success, but will be the soundtrack for their exciting season ahead.