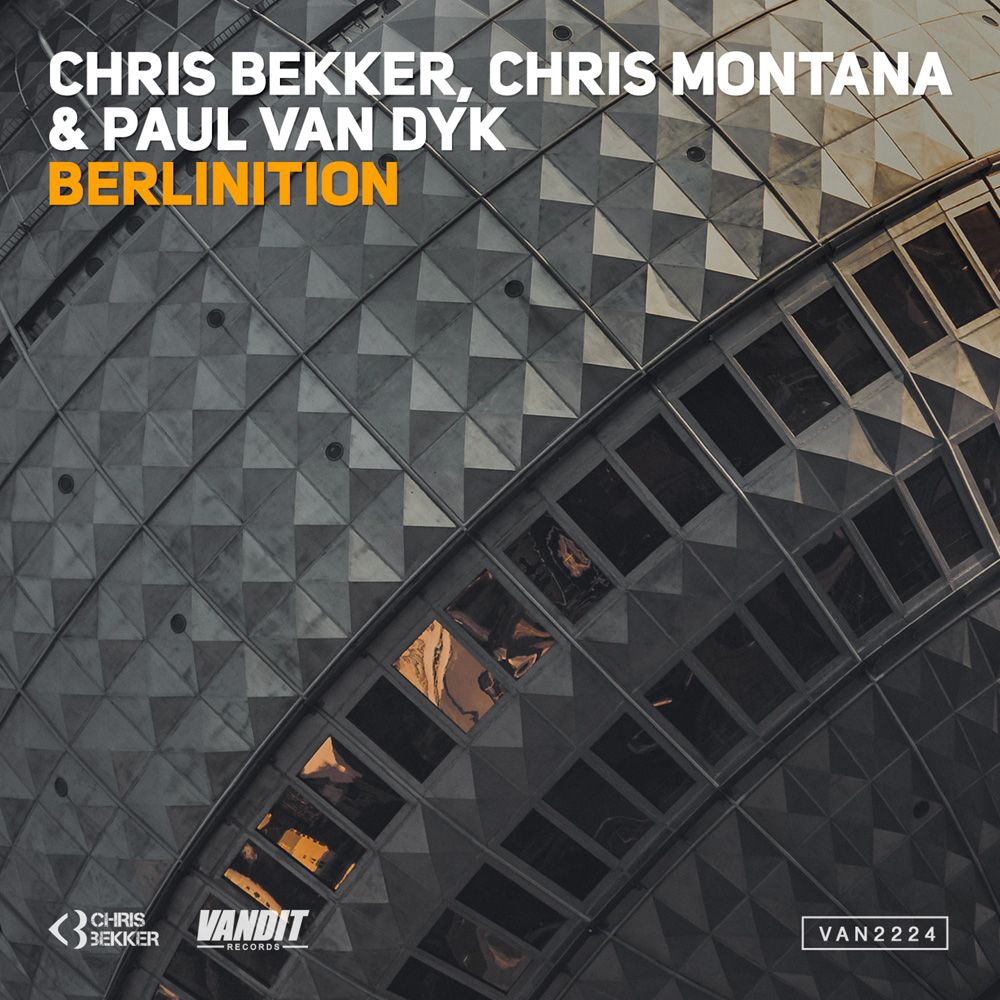 Over the last five months Chris Bekker has been on a mission to musically capture the heterogeneous essence of his hometown. Each diverse single has brought him a stage closer to July 2016 and the release of his debut album. Today sees this singles ‘tour’ arrive at the very heart of the German capital, with the album’s namesake single, ‘Berlinition’.

Having previously collaborated on ‘Telling Tales’ back in 2014, the track sees Bekker behind the mixing desk once again with fellow Berliner, Chris Montana. Its release also marks the production return of Germany’s most famous electronic music native… Adding his immediately recognisable touch to ‘Berlinition’ is Chris’ mentor (and label boss), Paul van Dyk.

Out now through VANDIT Records – Pick Up Your Copy Here: https://www.beatport.com/release/berlinition/1780092

Receiving its sneak-peak premiere at Berlin Fashion Week back in January (where it opened the Guido Maria Kretschmer runway show), the track has since been adopted as the official anthem of Berlin’s 2016 Gay Pride/Christopher Street Day event. To do full justice to its subject matter, ‘Berlinition’ is arriving in three markedly diverse sonic varieties.

The Flashback rework filters its percussion and lets the bass ride before delivering its highly distinctive accordion mainline to maximum exuberant effect. More catchy and infectious than is strictly good for you, it’s carnival & fiesta credentials couldn’t be more clearly defined!

With its daytime mix signed & sealed, it’s down to Paul van Dyk to put ‘Berlinition’ on a clubbier, more afterdark path. Energizing it with a hallmark PvD bassline, he increases the tempo and takes the track’s spirited mainline to its very natural uplifting conclusion.