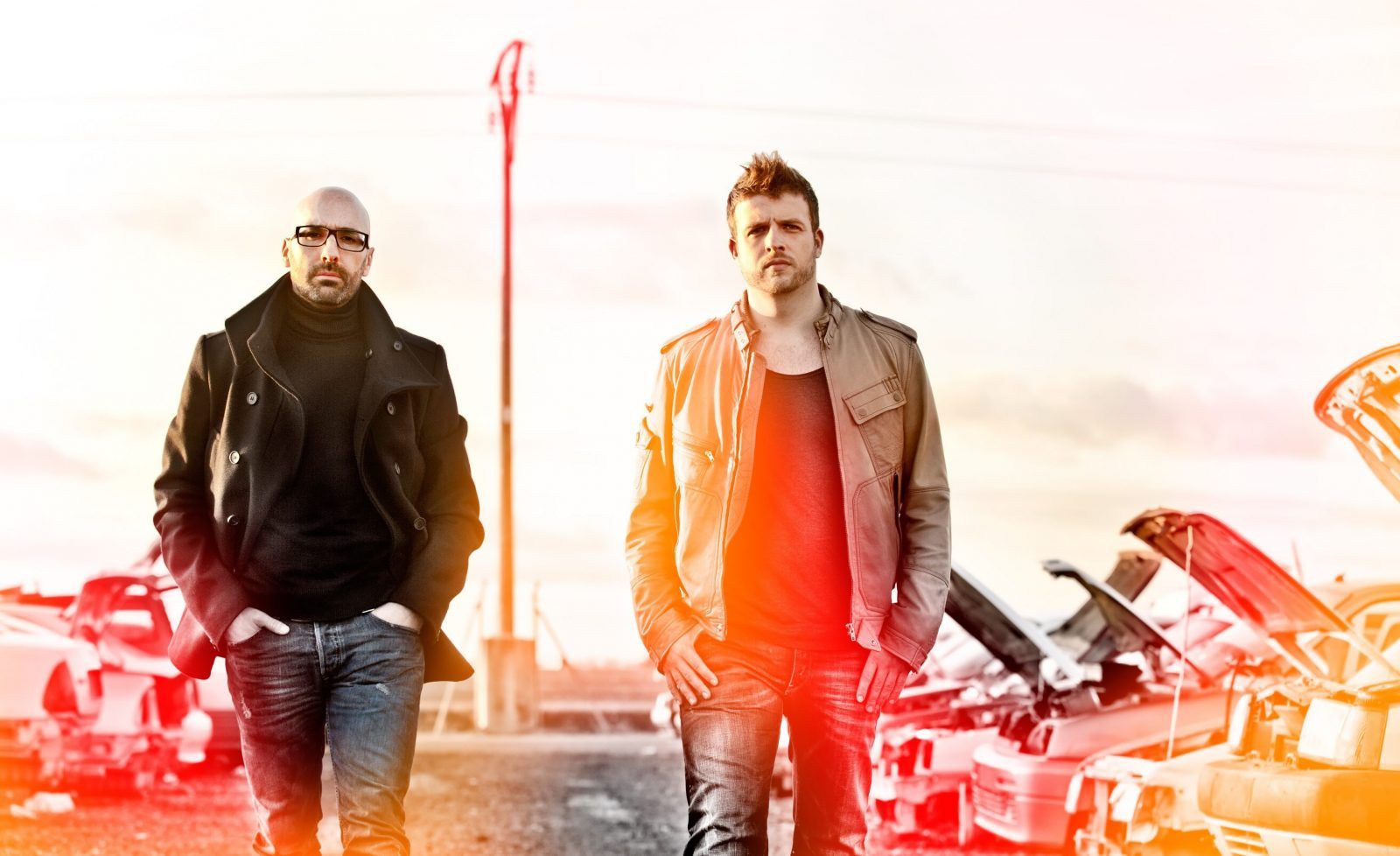 The widely anticipated documentary is set for release on October 3rd, so we advise all you devoted Chus + Ceballos fans to stay posted on all their networks: facebook, twitter, instagram, soundcloud, and of course the Stereo Productions website, www.stereo-productions.com. The documentary will take viewers behind the scenes with Chus and Pablo to shed light upon their consistent efforts and unwavering dedication throughout their journey to becoming respected leaders of the tribal house movement. New York is a beacon of progress, and it is fitting that the two Spanish producers have made it their home, for all their well-deserved achievements thus far.

However, success in the music industry is not only the product of an artist’s talent – it is the collaborative effort of both the musicians and their friends/supporters that makes a difference. Establishing a network amongst peers, colleagues, and advocates is crucial to breaking through in a vastly competitive music scene. Chus and Pablo would like to extend their utmost gratitude and appreciation to all the individuals that have promoted their sound, their label, and their message. Without these contributors, they would not be where they are today.

The first to be acknowledged is mentor and musical maestro mister Danny Tenaglia. Ten years ago, he extended his love to Chus and Pablo because he believed in their goals, recognized their potential, and respected the individuality of their sound. By inviting them to play alongside himself at Arc nightclub back in 2003, he paved the way for Chus and Pablo to embed their sound within the New York underground nightlife scene. A friend of Danny’s is surely a friend of New York.

Another good friend and supporter that we want to recognize has been a prominent name in New York City’s music scene for years and years, the talented DJ Boris. He has made Chus and Pablo feel more than at home in New York since the beginning, and has supported their music throughout his career. Hosting the guys at his annual Get Wet parties during Miami’s Winter Music Conference gave them excellent exposure to new fan bases – and for that we could not thank him enough.

We give many thanks and tremendous love to dear friend and colleague Nicole Moudaber, for recognizing both Chus and Pablo as proud heroes of New York; she is an influential DJ/producer with several supporters in the city, so we are appreciative for her kind words and graces that she provided in the documentary.

Jonpaul Pezzo is quite frankly one of the most effortful promoters that New York has seen throughout the years, managing both DJ Boris and Trust Us Entertainment. Producing a party is one matter, but mass marketing and networking ultimately decides its turn out – and for that, we want to give JP a very big “thank you”. For years he has successfully promoted parties at clubs such as Cielo and the Ravel Hotel.

The Bond Music Group has done astounding work and has been an extremely helpful agent for representing the booking/touring interests of Chus + Ceballos. For that, we are more than grateful to have worked with its proud owner, Kris Krawjewski. He has contributed extensively to bridging the connection between artist and fans, through unique and independent booking models as well as solid promotion of his artists.

The next individual we’d like to thank is very near and dear to our heart, director of Pacha NYC, Rob Fernandez. He has made Chus and Pablo’s dreams come true by providing them with the perfect venue to spread their sound and win the heart of New York’s underground crowd. Thanks to Rob, the Chus + Ceballos residency has taken off over the past few years. Each time they play Pacha, it brings something unique to the table, so we give much appreciation for this essential partnership.

Rob Fernandez has also impacted the New York music scene over the years through the brainchild of his partnership with Benny Soto, Dance.Here.Now. This popular New York nightlife agency has enabled various artists to perform at premier venues such as Cielo and Governor’s Island, with Chus + Ceballos obviously included. We want to express our appreciation for Benny and his hardworking team for the years they spent keeping the music scene alive and thriving.

We also give many thanks to our good friend, Anthony Lamont – a proud contributor to musical events all over New York. A regular at any Dance.Here.Now. or Chus + Ceballos party in New York, Anthony is the delightful host and MC that you will find standing atop the DJ booth, welcoming fans and music lovers with open arms. His passion for the artists and the music is unmatchable.

Last but certainly not least, proper thanks and appreciation is due to Michael Weiss and Kevin Williams from Nervous Records NYC. Not only is Nervous one of the longest standing and most respected house music labels in New York, but it is also host to Chus and Pablo’s 3 successful ‘Back on Tracks’ compilations. These mix CDs are super important in any artist’s career to preserve the integrity of their sound. Having one of New York’s most legendary labels hosting the compilations is an honor, and a substantial factor in Chus and Pablo’s rise to success in the city.