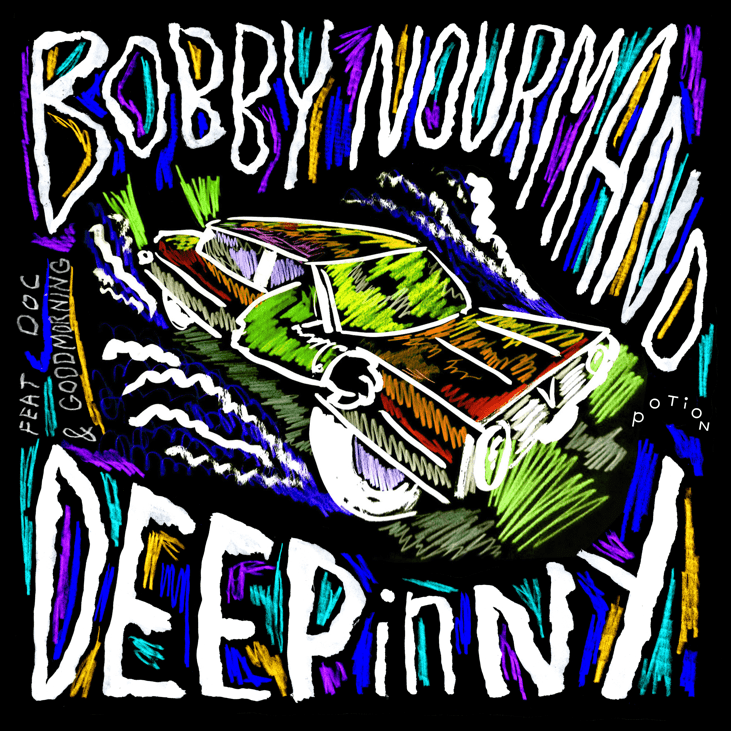 Bobby Nourmand presents his new gem ‘D E E P in NY’. The tune is filled with danceable beats, deep echoing sounds and fervent vocals. Its groovy vibe is immense and is bound to hit the dancefloors and light up the streets. Are you ready to go ‘D E E P in NY’?

LA/NY-based Bobby Nourmand self-released his amazing tune ‘D E E P in NY’ about one month ago,  following what has been an impressive month for the artist who we all need to watch. Dubbed as one of the ‘Hottest New Artists’ By MixMag and DJ Mag in their September issues, ‘D E E P in NY’ immediately ascended to #6 on Shazam’s UK Dance Chart, an impressing showing in Hype Machine’s popular charts and supported by the biggest tastemakers. In the meantime this lightning of a tune features on U.K. TV & Radio in the men’s fashion brand BoohooMAN’s most recent commercial, starring a member of the Puff Daddy family.

Drawn to Bobby Nourmand’s haunting melodies, deep-as-the-Atlantic basslines, and meticulously layered soundscapes, GoodMorning and DOC, two New York-based rappers, added another layer to the already stellar track. Bringing in a fresh perspective with a catchy-as-hell hook and some absolutely fire bars, these two showcase an end result that’s worthy of cracking a fresh pair of Jordan’s out the box, rocking a pair of dark shades, & getting too-lit-for-your-own-good in the VIP. There might be, just a few more parties, from New York to LA. With Bobby’s long-standing roots in NYC, and his lifelong affinity with the culture of hip-hop, this unlikely-at-first collaboration ended up being a perfect match. All that’s left to do is head out and get fucked up, for no reason.

2016 has been a landmark year for Bobby Nourmand. With a handful of releases seeing over two million plays on digital platforms alone, looking down from the #1 spot on the Hype Machine multiple times over, the love of this quickly rising artist’s gifts spilled from the blogosphere and into every other facet of the music industry. Worldwide attention came quickly as Bobby showcased his ability to take on what most would consider daunting, as he reinterpreted not only some of the most iconic rock acts and songs, but also some of his personal musical heroes. Taking the Beatles, The Doors, The Rolling Stones, and Simon & Garfunkel into this era of dance music paved the way for his first signed original,  “S M O K I N’  J O E,” which dropped in February through The Magician’s Potion Records. From airtime on LA’s premier KCRW, Sirius XM Chill, and iHeart’s Evolution Radio, to shows at Exchange, official EDC Afterparties Webster Hall, Ultra pre-festival pool parties at The Delano and FDR, and Splash House, it’s becoming overwhelmingly apparent that the world is rapidly catching up with what some already knew – Bobby Nourmand is ready to take the world by storm.

For Bobby Nourmand 2016 will certainly end on a high note most could only dream of.