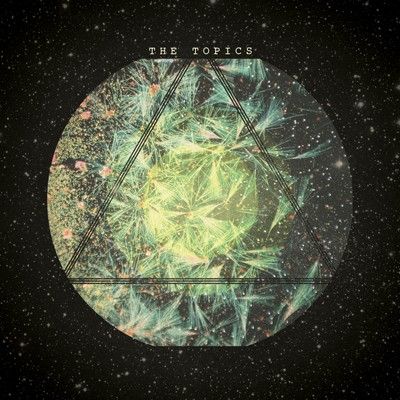 Dronelock and Ontal’s joint label venture Shadow Story is a base for the dark, industrial exploration of sound that all four corners of the British/Serbian double duo employ as their modus operandi.

2013 saw a trio of EPs from Bradford residents, Dronelock (aka Martin Cartledge and Alexander Church) on the revitalised Weekend World label, which gathered support from the likes of Surgeon, Lucy (Stroboscopic Artefacts), Lakker, Inigo Kennedy, Pearson Sound, Adam Beyer, Marcel Dettmann, Detroit Grand Pubahs and many more. As one might expect, techno provides the perfect sanctuary for their production ideas to manifest: ambient, ethereal soundscapes meeting sustained clusters of tones.

Last year saw Dronelock start the label, Shadow Story, a joint venture between themselves and Serbian duo Ontal (Boris Noiz and Darko Dekode). Forming an industrial techno/rhythmic noise project, Ontal (based in Subotica, Serbia) can, themselves, be described as an uncompromising, hard and intense assault.

‘The Topics’ is a distillation of ideas captured and expressed by the foursome through the industrial and synthesized, the organic and the abstract. The tracks are produced primarily on analogue hardware with the sole intention to perform them live. This process allows freedom to experiment with the base level interaction between sound and music. As they say “it’s music which is about as far away from music as you can get before it stops being music!”

‘The Topics’ takes its cues from the scientific and technological advancements in modern society that have created the need for us to recognise and implement classic ideas and understand the roots of our society. The Topics equipped it’s user with the capacity to construct and deconstruct arguments, empowering us with the understanding and capacity to practice the art of discourse and persuasion. An awareness of the manipulation of words used to convince or persuade an audience to think in a certain way or to act in a certain way, to see through the spin and the propaganda used to control and manipulate the hearts and minds of individuals! ‘The Topics’ establishes the theoretical context for each release on this album as Dronelock & Ontal convey how sensory data is processed and how this information is conceptualised and communicated.

From the opening, alluring lull of ‘Basic Methodology‘ to the industrial pulverising beats of ‘Sources of Argument’ and ‘Deductive Reasoning’ Dronelock & Ontal take us through a stark, cold hinterland of industrial soundscapes and body pummelling beats. Elsewhere warmth and light are provided on tracks such as the AFX-esque ‘Essential Attribute’, the sonar pulse of ‘Better or Worse’ and the radioactive heartbeat of ‘Discovery of the Senses’. Ultimately we find an album combining from various myriad components to forge one cohesive whole. And one powerful listening experience.

The Topics (track by track):
Basic Methodology
The Topics provide a basic methodology; a systematic approach used to construct and deconstruct arguments. The digital age has fashioned the need to be critical, equipping ourselves with the mental framework that prevents us blindly accepting information and knowledge as truth.

Deductive Reasoning
An essential aspect of The Topics is to practice sound reasoning. Deductive reasoning allows us to test statements, identify premises and arrive at a logical conclusion. The future of the world depends on the spread of the right ideas. These ideas need to be open to criticism and explored using the lens of reasoning.

Discovery of the Senses
Information about reality is captured and expressed using our senses. Sensory information is then processed and conceptualised. This external information is captured, internalised, and then applied to construct concepts, ideas and ultimately knowledge.

Investigation of Similarities
Sensory information is conceptualised and applied. This is followed by the investigation of similarities. The process is concerned with comparing and contrasting ideas to establish their uniqueness and difference. This polarity between the similar and different creates varying degrees of contrast.

May or May not Belong
The degrees of contrast create the need to classify ideas and knowledge. The goal is to identify their essence and define the attributes that create their existence. This process involves identifying what attributes may or may not belong to a given subject.

Better or Worse
When the attributes and essence are identified we then can begin to classify their existence. Here we are thinking in terms of vice or virtue, better or worse – exploring the intrinsic quality of an idea to identify its value.

Sources of Argument
Now that the essence and value of sharing an idea or taking a particular course of action has been identified this creates the conditions of various sources of arguments. It is at this point that invention comes into the equation. A myriad of arguments are created using a genus which is used to identify a given thing as being part of a larger class.

Essential Attribute
Moving from the genius we can now identify a uniqueness expressed through a property. This is what makes an object or a thing itself, independently of other things.  An extrinsic (or relational) property is a property that depends on a thing’s relationship with other things.

Attack and Defend:  (need overview)
If a theory is strong enough to stand up to refutation, then without any doubt we can name it a theory. The stronger the attacks on the theory and its refusal, the stronger are the defensive arguments of a theory.

Human Analysis
The desire to connect with the process of creating sensory data, conceptualising this information and expressing it through communication and creativity is at the core of this album. The penultimate track captures this human analysis of knowledge that is at the heart of the nature of learning and reality.

Ultimate Questions
It may be the end of the album but the pursuit of the ultimate questions is far from over. A wise man knows he knows nothing! This philosophy is rooted deep within the psyche of the enquiring mind and is the fuel that keeps the flame of curiosity burning bright. To arrive at absolute truth is to journey on the road less travelled, where each turn in the road reveals more questions than answers. Ponder the Ultimate Questions and enjoy your journey.