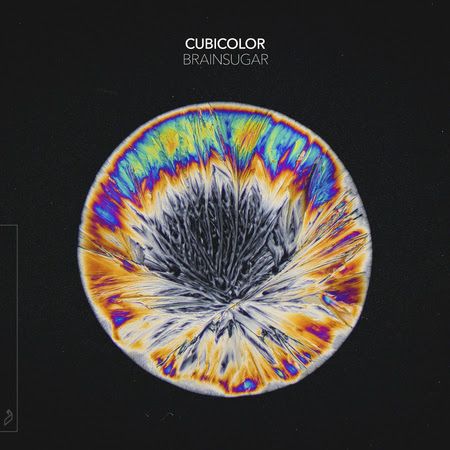 Following the release of their acclaimed debut LP 'Brainsugar', Cubicolor return with a remix of 'Fictionalise' from iconic Norwegian duo Lindstrøm & Prins Thomas.

The pioneering pair have achieved notoriety over the past 13 years since first working together, with a remarkable back catalogue of influential work including much-loved solo albums, a collaborative LP, and joint remixes for the likes of The Chemical Brothers and Roxy Music. The duo join forces again for the first time since 2012 on a melancholic, disco-tinged remix, following a fruitful few years of solo releases which have been acclaimed by the likes of Pitchfork, Resident Advisor, BBC 6Music and NPR.

'Brainsugar' is out now on on Anjunadeep (“One of the hottest electronic labels in the world” – Hype Machine).

Cubicolor have emerged as one of the most exciting acts to come through the European underground in recent times. Championed by Pete Tong as one of his artists to watch, praised by Mixmag, Spin, Clash, and DJ Mag, and supported by a host of heavyweight DJs, Cubicolor look set to break through with their anticipated debut LP. The last single to be released from the album, 'Dead End Thrills', has seen recent radio support from Tom Ravenscroft, Nemone and Steve Lamacq on BBC 6Music.

The striking and alternative sound developed across a string of acclaimed EPs on Anjunadeep and a remix for Howling (Âme’s Frank Wiedemann & Ry X) on Monkeytown Records has found it’s way into the sets of many an A-list DJ, including Sasha, George Fitzgerald, Kölsch, Joris Voorn and Mano Le Tough.

Having launched in 2014 with two members, Dutch producers Ariaan Olieroock and Peter Kriek, Cubicolor now welcome British vocalist , and former Duologue front-man Tim Digby-Bell into the band as their third member, following much loved collaborations on ‘Falling’ and ‘Mirror Play’ over the past 12 months. In his time with Duologue, Tim produced, co-wrote and sang on two records acclaimed by the likes of The Guardian, NME, DIY and The Line Of Best Fit.

On ‘Fictionalise’ (listen to the original here) we hear an evolution in Cubicolor’s sound across a host of diverse and infectious tracks, combining beautiful songwriting with brilliantly cohesive clarity, echoing their influences; Radiohead, Massive Attack and Moderat to name a few. Tim’s lyrical depth and haunting vocal style shine throughout the album, which features 8 vocal tracks and 4 instrumentals.

Throughout September Cubicolor bring their well-honed electronic sound to venues large and small across North America for a DJ tour, including a string of underground club shows and notable festival performances at Electric Zoo and Nocturnal Wonderland where they perform on Anjunadeep label stages alongside the likes of Âme, George Fitzgerald, Lane 8, HVOB, Henrik Schwarz and Yotto. Cubicolor are currently developing a full live show to be launched later this year.

‘Brainsugar’ is set to be the seventh artist album to be released on Anjunadeep, an A&R hotbed celebrated for the release of debut LPs from Dusky and Lane 8. With 250+ single releases and a string of iTunes #1 albums and compilations under its belt, the label has distinguished itself as one of the scene’s leading imprints, earning glowing coverage everywhere from Resident Advisor to Pitchfork, whilst receiving heavy support on BBC Radio 1 from Annie Mac, Pete Tong, B.Traits and Phil Taggart.