Fedde Le Grand and Merk & Kremont - Give Me Some 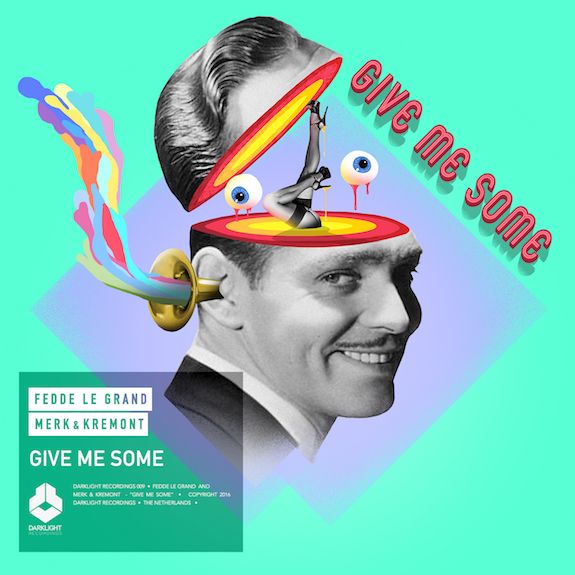 Fedde Le Grand and Merk & Kremont - Give Me Some

Today marks Fedde Le Grand’s last big release before HIS highly anticipated studio album ‘Something Real’ lands on shelves and digital platforms the world over. After a wealth of instant classics – ‘Cinematic’, ‘The Noise’ and just last week ‘Keep On Believing’ – the Dutch superstar is unleashing arguably one of the most dynamic productions on the record, aptly named, ‘Give Me Some’.

A collaborative effort with the Italian dance duo Merk & Kremont, ‘Give Me Some’ is out via Ultra/Darklight Records and is available to stream/download now.

The opening track on the LP and well and truly giving us a taster of things to come, ‘Give Me Some’ effortlessly blends elements of electro house and funk to create a hard-hitting anthem that will be undoubtedly be making the rounds at festivals and clubs alike in the coming months. With lush chords, a lively vocal melody, and a bass riff that pays homage to the 1980s club classics Fedde loves dearly, the track provides example of both his versatility as a producer as well as his drive to create something new at each turn.

Following on from ‘Keep On Believing’, a ‘”main-stage seeker’” (Billboard) that has been lighting up Fedde shows in instrumental form for the past few months, ‘Give Me Some’ see’s the sounds of Fedde and Merk & Kremont fuse with devastatingly good effect. The duo, who’s viral remixes have got the attention of Protocol, Spinnin and now Ultra, stamp their particular style on the track whilst still giving room for Fedde’s signature sound to ring through.

Now with just over a month until the release of ‘Something Real’, and with the countdown to Fedde’s pioneering show GRAND having begun, 2016 is certainly shaping up to be an illustrious year – made all the more poignant as it marks 10 years from the release of ‘Put Your Hands Up’ whereby Fedde Le Grand was introduced to the masses. Be sure to catch him at his upcoming shows.