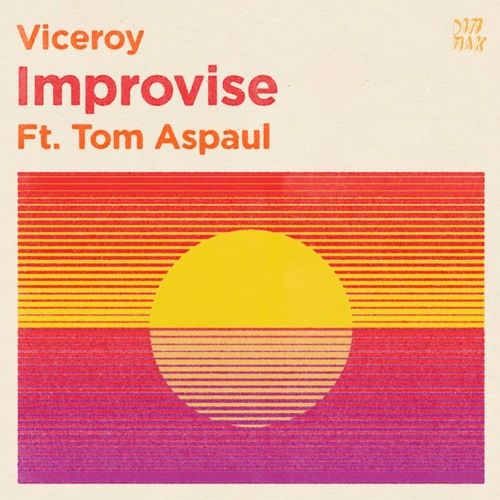 Hindsight may be 20/20, but looking ahead is paramount to progress. Fresh off his Winter Live Tour, Viceroy reminds us to focus on the future and, when in doubt, fake it 'til you make it in his newest track "Improvise," which couples the producer's signature upbeat aesthetic with disco influences. The result is a refreshing deviation from the norm; "Improvise" still emulates Viceroy's summertime essence while its soulful elements add depth. "I've been really striving to move my music towards a full on disco and funk feel. 'Improvise' is really my first single that showcases my passion," says Viceroy. His passion shines through in the track's groove-worthy melodies and poignant lyrics courtesy of Tom Aspaul, making "Improvise" a winning track for summer 2017.

Whether he's playing house and disco infused jams or remixing hip hop artists, Viceroy's music is always feel-good and undeniably danceable. His personally curated easy, breezy sound has given his "summertime, all the time" brand a devoted fanbase, with a multitude of his songs reaching #1on Hype Machine. The "Sultan of Summer" has taken the stage at performances around the globe and will be playing at Electric Forest and Life is Beautiful festivals this season. If you can't catch him live, channel Viceroy's vibes via his "Jams Not Bangers" Playlist on Spotify, or his recent 2016 Sweat It Out EP, Just Marinate . No matter where you're tuning in from, you can have summer time all the time with Viceroy.