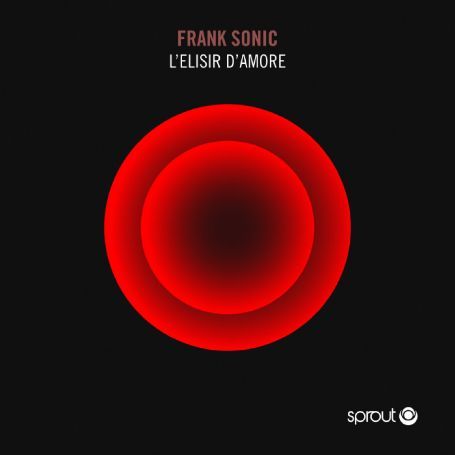 With an impressive array of releases gracing Trapez, Kitball, My Best Friend and 1605 (amongst many others), Düsseldorf DJ/Producer Frank Sonic joins D-Nox’s Sprout family with a hot new gem – ‘L’Elisir D’Amore’. An anchor figure on the electronic scene for many years, Frank has consolidated his position with performances at key festivals, such as Mayday and Nature One, and a long-standing DJ residency at Butan Club (Wuppertal).

‘L’Elisir D’Amore’ is one of those tracks, that immediately sounds like an anthem from the off. Its bass sets things off, while the track builds and the melodics warm, all the while locking into a majestic vibe. Its familiar, yet fresh, and we love it. Its rather large this… Don't say we didn't warn you!

On remix duties, the talented Irish producer and stalwart of the Belfast scene (and beyond), Chris Cargo, who after a short hiatus, has (thankfully) returned recharged and reinvigorated. His rework of ‘L’Elisir D’Amore’ adds a lot of chunkiness, and drive, yet keeps the melodics and warmth from the original. It’s a bit naughty, and we like it!