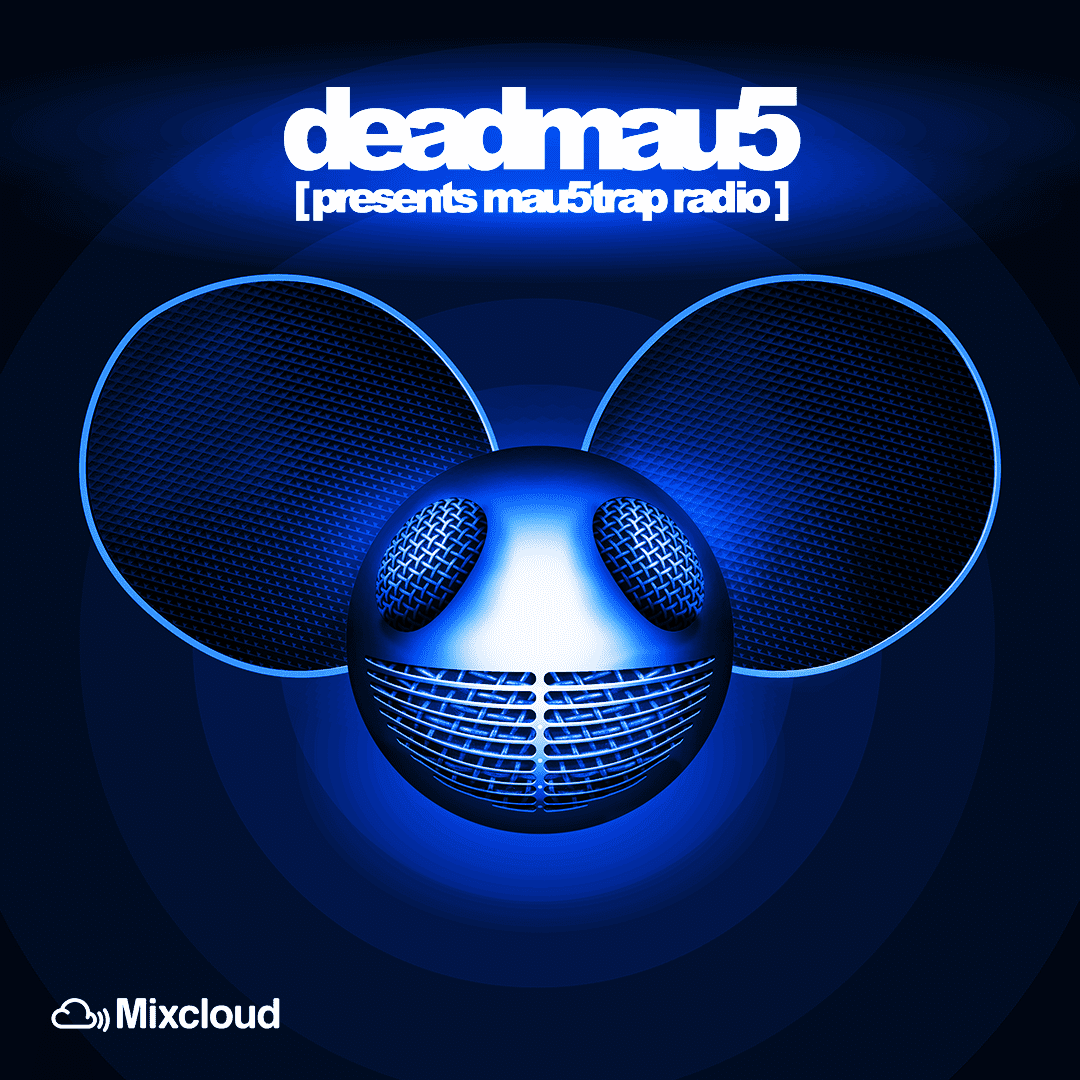 Leading audio streaming platform Mixcloud has partnered with world-renowned electronic music producer and tastemaker deadmau5 for his brand-new global radio show. The deadmau5 presents mau5trap Radio show will be available to listen to on demand every Monday, only on Mixcloud.

deadmau5 Presents mau5trap will be premiered on various stations around the world internationally (listing available here) every Friday night, and available on demand via Mixcloud the following Monday. With every show hosted by deadmau5, the program will showcase mau5trap’s new and upcoming output via one-hour mixes featuring music from label artists like REZZ, ATTLAS, No Mana, BlackGummy, Rinzen and more. The first installment, which is available now, features a special 20-minute guest mix from Getter to celebrate the release of his new album “Visceral.” To listen head to mixcloud.com/deadmau5.

deadmau5 is the latest in a long line of tastemaking talents to join the Mixcloud family, with electronic music stars like Afrojack, David Guetta, John Digweed, Nicole Moudaber, Oliver Heldens and Tiesto making up just some of the 15 million shows on the pioneering platform. Recognised as being a leader in the industry thanks to its easy to use interface and proprietary Content ID system—which can automatically identify tracks ensuring proper payment to the underlying rights holders—Mixcloud will be the one and only place to stream deadmau5’s hugely anticipated new show, on demand, every Monday.

About Mixcloud
Founded in 2008 and launched in 2009, Mixcloud is a digital audio streaming platform that offers a diverse collection of serialized, long-form, and exclusive audio content — over 15 million radio shows, DJ sets, and Podcasts. These shows are produced by over 1.3 million of the best Creators and tastemakers in the business including: DJs such as David Guetta and Tiesto, Talking Heads frontman David Byrne, independent radio stations like London’s NTS, and The Guardian Podcasts. Mixcloud’s proprietary Content ID system is capable of identifying individual tracks within radio shows and mixes, and ensuring proper payment to the underlying rights holders. Mixcloud is also pioneering culture marketing with brands such as Red Bull, Adidas, Dr. Martens, Eventbrite, W Hotels, and Heineken via its sub-agency LOUD, The Cultural Positioning Agency. For more information on Mixcloud, please visitwww.mixcloud.com.

About deadmau5
Joel Zimmerman, more commonly known as deadmau5 (pronounced 'dead mouse'), is one of the world's most respected electronic music producers of modern times. Enjoying international chart success with his platinum-certified single "Ghosts 'n' Stuff," as well as "Professional Griefers," "Sofi Needs A Ladder" and "I Remember," he has also released seven critically acclaimed albums: an orchestral album where’s the drop?, W:/2016ALBUM/ and  > album title goes here < (both reached #1 on the Billboard Dance/Electronic Chart), 4×4=12 (recently recognized for having sold over 1,000,000 copies in the United States), For Lack Of A Better Name, Random Album Title and while(1<2). The multiple JUNO Award-winning and GRAMMY®-nominated artist's ability to push the boundaries of his talent grows at an equal rate to his fan base, which counts almost 15 million over his combined social media channels. In 2016, deadmau5 leaped into the virtual reality realm with Absolut and released a massive sample catalogue with Splice while performing major festival plays throughout the world.  In 2017 deadmau5 celebrated the 10 year anniversary of his mau5trap record label and completed the second leg of his ‘lots of shows in a row’ North American tour with his new Cube 2.1 production. Currently deadmau5 is heavily involved in the world of gaming supporting his Twitch channel and latest music offering mau5ville: level 1. Look for more mau5ville: level 2 and more exciting things to come from deadmau5 soon. www.deadmau5.com

About mau5trap
A decade since its formation, mau5trap—the independent label founded by groundbreaking electronic music producer deadmau5—has become a bastion for trailblazing and genre-defying artists. Casting a palpable influence over the genre, Mixmag readers voted mau5trap among the “Top 50 Labels of the Decade,” placing it in the Top 10. It has served as an influential platform for dance music heavyweights such as Feed Me, Zedd, Moguai, Noisia, Chris Lake and many more. A combination of dark, forceful techno and complex, electro sounds, the label acts as hot bed for rising talent such as ATTLAS, Matt Lange, No Mana and REZZ. www.mau5trap.com