Flume - Never Be Like You Feat. Kai (Disclosure Remix) 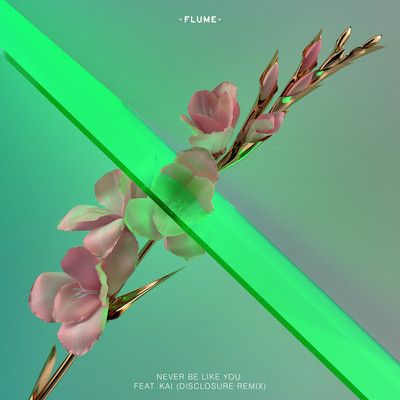 Flume - Never Be Like You Feat. Kai (Disclosure Remix)

Undoubtedly two of the biggest influences in the electronic music scene have collided once again! Flume unleashes Disclosure’s official remix of his crossover phenomenon, ‘Never Be Like You feat. Kai’.

Ever since Flume’s dramatic rework of Disclosure’s ‘You & Me’ back in 2013, fans of both acts have been waiting for the favour to be returned. Disclosure’s raw, retro nouveau, deep house reinterpretation of the original is in short, a mind-blower. The Lawrence brothers who haven’t remixed another artist in over two years had this to say about the collaboration."So happy we can finally return the favour of remixing duties to our buddie Flume. His remix of our song blew our minds when he delivered it. We hope you all enjoy our version of his amazing new single!"

The original track has amassed a tidy 35 million global streams since release last month, and is the first chart-topping single for the Sydney-based producer. The  #1 single, which premiered on BBC Radio 1 as Annie Mac's 'Hottest Record’ has now been added to the BBC Radio 1 B-List.

In addition to the 35 million + streams, 'Never Be Like You' reached #1 on Spotify's Global Viral Chart and maintained a steady #1 on Hype Machine as well as climbing up the Top 100 Shazam charts. The AA-side track 'Smoke & Retribution', with collaborators Vince Staples & Kučka also hit #1 on Hype Machine (both Track and Artist Charts) and is over 5.5 million streams worldwide.  Both tracks will feature on the eagerly-anticipated forthcoming second album 'Skin', the follow up to 2012’s ARIA award-winning, globally acclaimed debut. The album will be released on Transgressive Records.  More details will be revealed soon.

Flume's forthcoming tour dates are below: