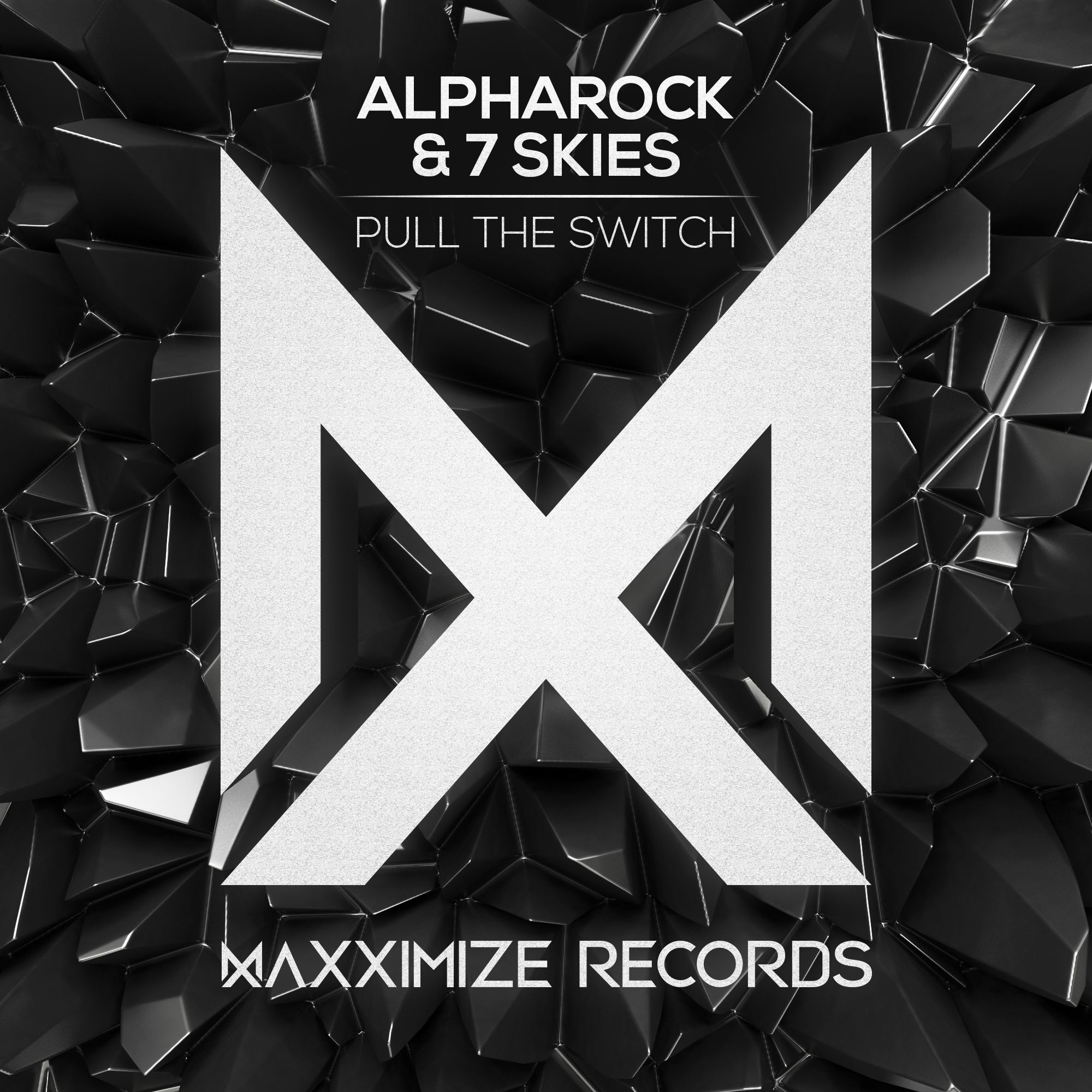 Major tune from Alpharock & 7 Skies, ready to Pull The Switch here! Released on the much praised Maxximize Records imprint, it’s a record that builds on climaxes, ultimately ending in an overwhelming drop where catchy chords work up the energy.

Dutch DJ and producer Jeffrey Lens – better know as Alpharock – made his debute in 2014 with his track ‘Drop The Guns’, which went straight to Beatport’s Electro House Top 10. The track was followed by the ‘Get Wild’ and ‘Like This’. With track ‘Pump This Party’, which was premiered worldwide by Hardwell, Alpharock reached the Beatport Top 20 straight away. His biggest track so far is the in June of 2015 released ‘FAWL’ Premiered as ID by Tiesto and revealed two weeks before release by Nicky Romero, it went straigth to #15 in Beatport’s Main chart and #4 in the Progressive chart from release. A couple more tracks (‘Bassface’, ‘Guitar Hero’ and ‘ Space Jam’) were released since than and now he is back with his collaboration with friend 7 Skies on ‘Pull The Switch’.

The Italian born music producer David Boldini, who goes by the name 7 Skies, has been a staple of the international dance music landscape for over a decade. He has built a brand and name for him self as a multi-faceted producer, collaborator, DJ and consultant within the modern music industry. His famous sound design skills have helped shape the sound of countless number one hits in the EDM, dance and Pop industry, such as KSHMR’s ‘Jammu’ and ‘Touch’ and Jay Hardway’s ‘Electric Elephant’.

“Making music is such a random process (at least to me), I started this track in January 2015 while I was waiting to go out. I had 20 spare minutes and I just started messing around with logic and this idea came out. I posted it on instagram and had a very good feedback right away. The drop was pretty much done in a matter of 20 minutes. After that, the track sat on my hard drive for months, until I met Alpharock at ADE later that year. We became good friends and discussed about working on a collab together. I sent him this idea, he sent back a brilliant breakdown with vocal chops and the intro. It was the perfect input for me to make the second breakdown that slows down to 110 bpm and then picks back to 128 for the second drop. In a matter of 10 days the track was done and signed, about 9 months after I initially drafted it. Now over a year later it is released in Maxximize Records.”, explains 7 Skies.