Richard Durand & Fisher – In Your Hands 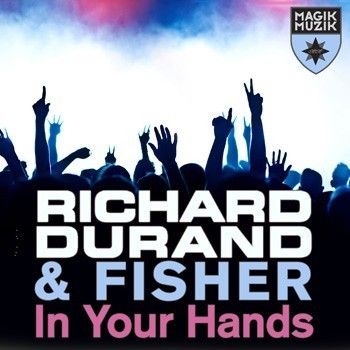 Richard Durand & Fisher – In Your Hands

‘In Search Of Sunrise: Dubai’ – the latest celebrated chapter of his mix-comp got the season started right and halfway through he dropped ‘Blast’ – a track which raced pulses and rocketed straight to a Beatport  #1. Now, ready to give summer a muy caliente kiss-off, Richard Durand has joined production forces with US songstress Fisher for a floor-touch clubland won’t quickly forget!

With a string of trance vocal credits to her name (including work with Thrillseekers, Moonbeam, Filo & Peri and Sean Tyas), US chanteuse Fisher is scarcely in need of introduction. On ‘In Your Hands’ the smokily alluring inflexion of her voice and her club embracing lyrics wrap around Richard’s decimating production track creating all the properties necessary for a future anthem…

From beat-one of Durand’s Original Mix, the Dutchman masterfully cranks up the floor tension, with an intro that’s all amphetamizing tech-tonic trance. Reaping FX, club-whipping distortion and the moody thrall of Fisher’s verse start the fire, while the pitch wheel pours on the petrol. With ‘In Your Hands’s taxi ride to the darkly atmospheric side seemingly a certainty, Richard pulls off a stunning switcheroo, allowing a few synth shafts and then the full rush of pads, chords and Fisher’s chorus to lift the track up.

‘In Your Hands’ is the tune you’ll be wanting in your hands this autumn… It’s out through all good stores today.