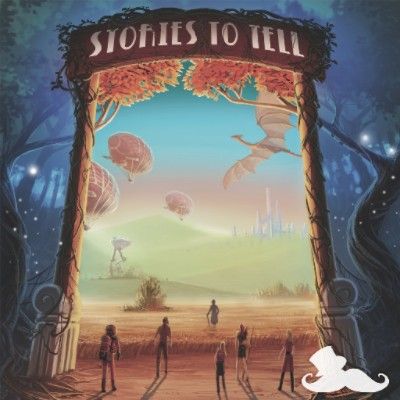 Over the past two years, 19-year-old Australian producer Just A Gent has taken over the electronic music scene, garnering over 45 million streams worldwide and amassing a huge online following with an impressive catalogue of original work and remixes.

Today, he announces the Stories To Tell EP set for release on August 26th via Lokal Legend. Written, produced, mixed, and mastered in his Maitland bedroom, the eight track collection is no throwaway release – it’s the product of two years of relentless creating and the drive to a make something that would stand the test of time.

In anticipation of the upcoming EP, a bonus track titled “Trip To Mars”, is now available as a free download.

Jacob’s influences were “drawn from so many places,” from the music of Odesza and Point Point to sci-fi movie soundtracks and video games. At the core the tracks are electronic, but they aren’t wed to a particular genre, running the gamut from bangers to experimental tracks featuring his own pitched-up vocals and chilled-out headphones music. As he says, it was “meant to be a mix”.

Just A Gent also drew inspiration from the vocalists he worked with on Stories To Tell. Despite having success in North America, Jacob chose to tap into Australian singers for his EP, from Melbourne’s LANKS to triple j unearthed darling Melissa Ramsay. Just A Gent says it’s about paying it forward to the local scene that he thinks, “keeps getting bigger and better”. Many of the songs on the EP were sent back and forth between him and the vocalists; a workshopping process that Jacob says helped him see his beats in a new light.

Two singles from Stories To Tell – the supersized “Heavy As A Heartbreak” feat. LANKS and fan favourite “Loaded” – have already done big things, the former hitting the #1 spot on Hype Machine and spending five months on high rotation on Triple J.

Just A Gent has officially remixed artists such as Peking Duk ft. SAFIA, Alison Wonderland, Wolfgang Gartner, ZHU, Aston Shuffle, The Temper Trap and many more. His music has received support from the largest names in electronic dance music including Skrillex, Diplo, Dillon Francis, What So Not and more.

Stay tuned for more and be sure to catch Just A Gent live on tour this fall with the Safe In Sound Tour!