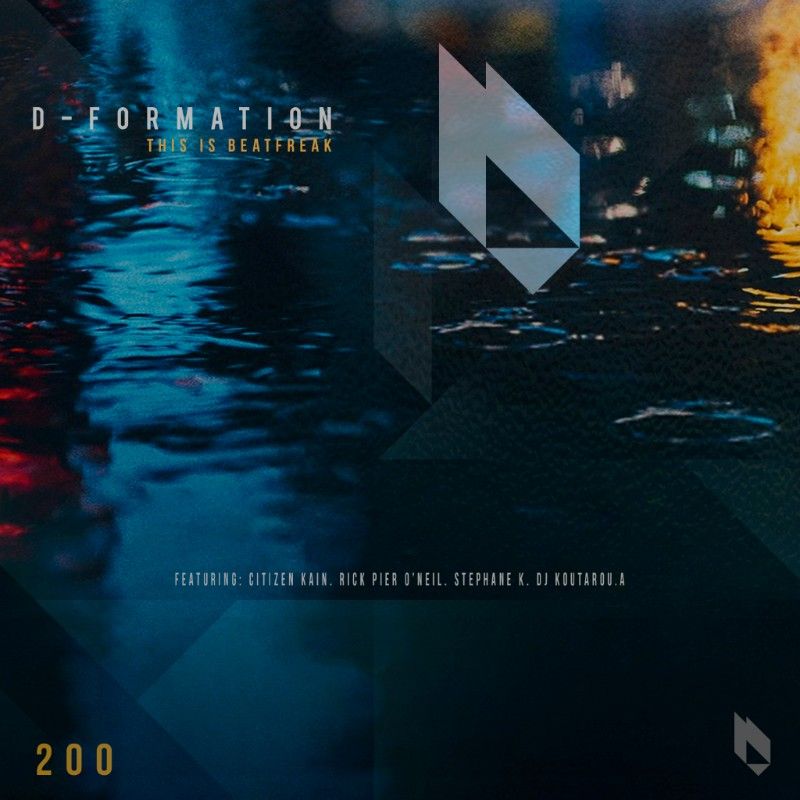 In celebration of their 200th release, D-Formation returns to Beatfreak Recordings for the much anticipated follow up to his chart topping 'Anbar'. Released in April of this year the cross pollinated creation reached #3 in Beatport's highly competitive progressive house chart. Played by many of the industry's elite DJs it remains one of the year's stand out tracks, having left fans of the Spanish artist and Beatfreak label boss wondering what his next big project will be. Now as the seasons shift, D-Formation returns to his comfortable home with his most ambitious project to date 'This Is Beatfreak'. Spread across eight tracks and named in conjunction with the label's ADE event at Club NL, this collaborative concept mini album features joint productions with Citizen Kain, Rick Pier O'Neil, Stephane K and Dj Koutarou., along with three solo originals and two DJ tools.

In the first of three collaborations, the Beatfreak boss unites with the mighty Citizen Kain. The French artist is much loved for his releases on Noir, Stil Vor Talent and Suara. Now pairing with D-Formation, the powerhouse duo deliver the rough and rugged ‘Lost Affairs’. On a backbone of rippling bass comes meditative arps, firing percussion and a rich, character heavy stab. Flawlessly executed, a dynamic transition shifts energy into a tension filled second act, building anticipation with flurries of noise, before a piercing topline elevates the mood into peak time territory.

The journey continues with a second solo offering from D-Formation entitled ‘Nessebar’. The Spanish artist shows the depth of his studio repertoire here with a heady creation that’s both highly emotive and deeply introspective. It’s cascading lines and brooding themes are enticing early on but it’s the effortless delivery and cinematic break which makes the reflective storyboard so captivating. The third and final solo production from D-Formation ‘Le Plaisir’ follows with a buzzing, hypnotic energy that’s once again primed for dance floor destruction. Stripped yet pulsating, it’s warm beats and perfectly contoured bass tones create a groovy foundation. Subtle modulation builds tension as an icy pad delivers hopeful waves and a filmic flair. Transitioning into the main break, an unpredictable storyboard of sonic artefacts burrows deep into your subconscious, before a tasteful build and tepid rush unite for a powerful drop.

The second collaboration welcomes French artist Rick Pier O’Neil back to the label. The RPO Records boss last appeared on the Spanish imprint in October of 2016 with a contribution to the label’s ‘Amsterdam’ collection. Now two years on Rick unites with D-Formation for the commanding ‘Odisey’. Dark and menacing from the outset it’s a creation that demands your attention, as it moves through sinister themes and ominous tones. Warped and twisted in all the right ways, the main break proves to be a high point, with rib rattling acid and a fiery build that’s sure to light up your dance floor.

The third and final collaboration on the collection finds D-Formation forming a super trio with Stephane K & DJ Koutarou.A. Based around a narrative of trippy vocal fragments and metallic synth clusters it’s a seven minute journey for both the mind and feet. Upon stripping down into the break a piercing stab rises to prominence, expanding the stereo field, before a lone vocal wail summons the groove back for a cosmic finale.

Rounding out the release are DJ Tool versions of ‘Odisey’ and ‘DC 18’ which will no doubt come in handy for the more adventurous jocks out there. They cap off a diverse and exciting collection of  music from D-Formation, which only seems fitting as the label notches it’s 200th release and celebrates one of electronic music’s biggest annual gatherings in the Amsterdam Dance Event.