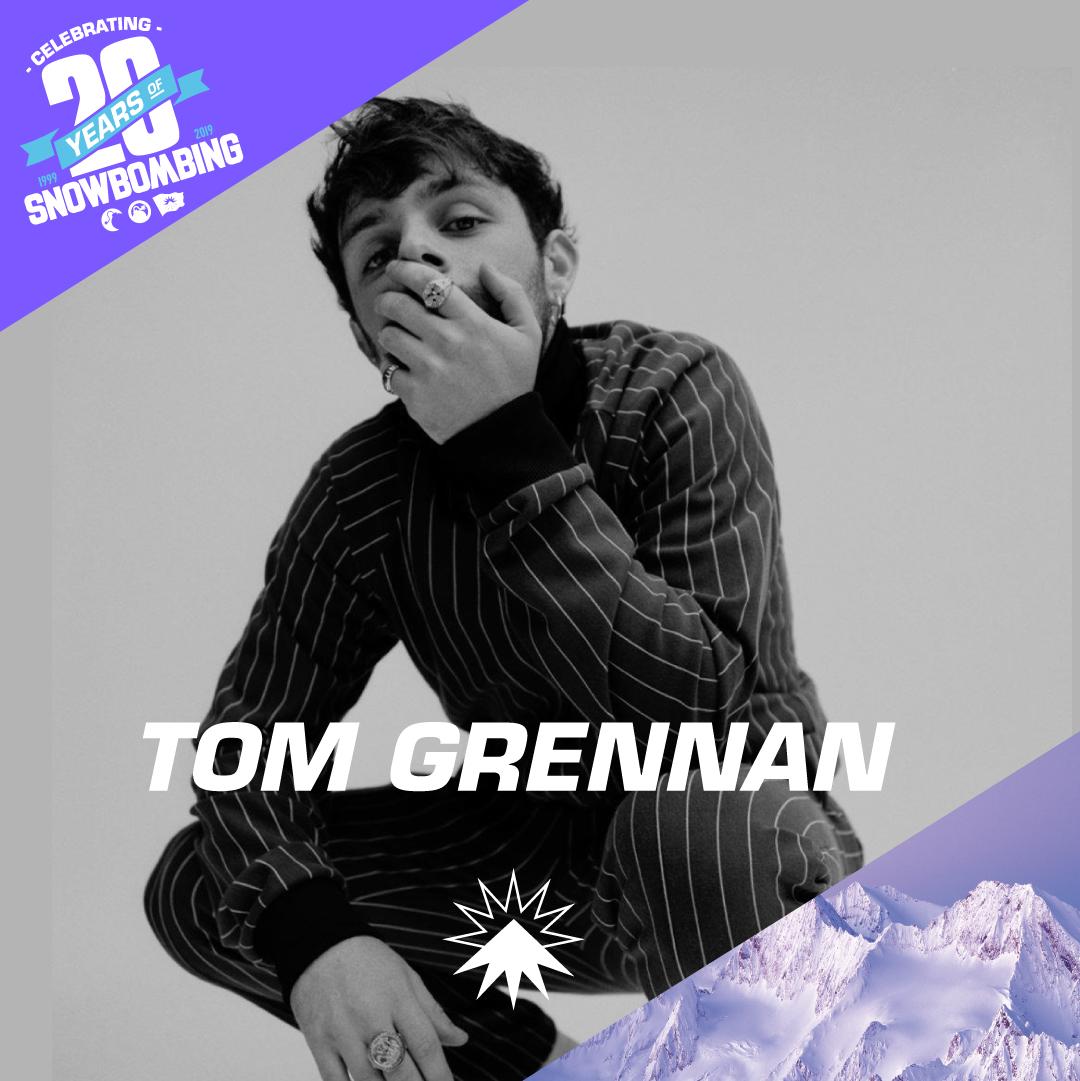 Jam-packed with the biggest lineup ever seen across the slopes of Mayrhofen, The World’s Greatest Show On Snow is well and truly getting warmed up for the biggest birthday celebration of 2019 – with even more surprises being announced for the ultimate destination event of the year, lead by one of the UK’s most beloved new artists.

Tom Grennan is arguably the breakout star of the past 12 months, with an incredible year that has sent him to some of the biggest stages in the UK. After scooping a Top 5 Album with debut LP ‘Lighting Matches’, Tom has packed rooms across the country – with his gravel-smooth voice and unstoppable stage presence making him one of the most talked about artists that the UK has seen in quite some time. Bound to bring passion, charm and a big-time live show to Snowbombing 2019, he’s one only set to get bigger and bigger from here on out – with a spectacular appearance as a part of The Snowbombing 20th Anniversary Street Party, one not to be missed!

Tom will begin the week as a part of the Snowbombing Road Trip Driven by BMW! Setting off from UK shores, the celebrated convoy of over 100 cars lead by the BMW X range, will travel across five countries, capturing incredible views as they head squarely for the slopes of Mayrhofen. Embracing the bold and technicolour 90s for this year’s theme “Made in the 90s”  (marking the decade that gave birth not only all things Snowbombing but also the birth of the BMW X range), the Road Trip has become a vital part of the Snowbombing experience – gathering with old friends and new to get well and truly into the Snowbombing spirit. An epic two-day journey of fun, hilarity and warm-up laughs – it’s the perfect way to travel to the slopes for the biggest birthday celebration around. Like Snowbombing itself, be unique, be original and jump on an unforgettable ride across Europe.

Throwing himself squarely into the Snowbombing experience for its 20th Anniversary celebration, Tom Grennan is yet another gem added to a star-studded programme across the slopes that solidify Snowbombing as the definitive festival experience of the year and the first place to catch incredible performances and unmissable moments that could only happen at The World’s Greatest Show On Snow. And in case you missed it, Chase & Status will be bringing their RTRN II JUNGLE show to SB19, curating the Friday night Forest Stage with an all-star lineup featuring appearances from SASASAS, Special Request, Brockie And Det and Channel One.

Stunning slopes? A huge lineup of phenomenal names from some of the most exciting artists on the planet? An unrivalled atmosphere of thousands gathering through the streets of Mayrhofen? It can only be Snowbombing – The World’s Greatest Show On Snow.