Ten Ven - Turn It Up 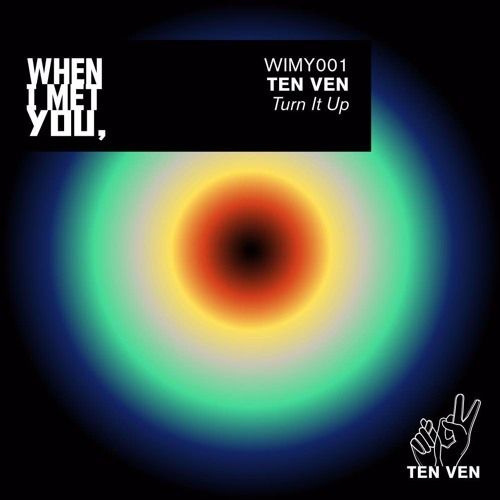 Ten Ven - Turn It Up

Tipped for big things in 2017 by the likes of Annie Mac and DJ Target, Ten Ven is the UK house producer behind recent groove-heavy party vibes on labels including Greco-Roman, Noir, Partyfine, MTA, Weapons and Shadow Child’s Food imprint.

The heavy, hypnotic funk of ‘Turn It Up’ is the first material on Ten Ven’s own label, When I Met You, and the first of a series of regular releases over the next six months. To be released on 17 February (Beatport exclusive and all streaming services), the track was first put in the hands of a select crew of DJs in late January and is currently being hammered by Skream, Monki, Groove Armada, Waifs & Strays, Joris Voorn, MJ Cole, and beyond. With the aforementioned support of Annie Mac and DJ Target, plus further specialist radio DJs including Pete Tong, Ten Ven is set for a breakthrough year.

Though his output has varied stylistically, each track has that recognisable Ten Ven touch and the kind of high-end production that makes each one really stand out. It’s heart-of-the-dancefloor-focused electronic music with character, and something that breaks the monotony of dull tech house and the shopping mall banality of post-EDM ‘Spotifodder’.

Drawing on musical influences ranging from Chicago house and French disco, to British techno, Ten Ven has quickly become an increasingly sought after – and versatile – studio talent, having recently produced cuts for Dua Lipa, Fenech Solar, and Sultan Shakes, and collaborated with Karma Kid and Klangkarussell.