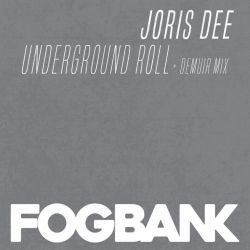 'Underground Roll' is a fresh slab of Jackin' House, primed to fire up the party season, courtesy of Germany's rising underground House star, Joris Dee.  A classy joint with Old school Jazzy flavoured Rhodes keys that dance through the track, 'Underground Roll' packs a punch with it's fantastic drum breaks hooked with a kitsch vocal sample. Toronto's Demuir delivers an underground tour de force, serving up a gangster style skippy groove and adding some sublime jazz licks of his own on his Playboy Edit.

"When I started with this project, I just wanted to create some good and ruff underground House Music, thats it"  – Joris Dee