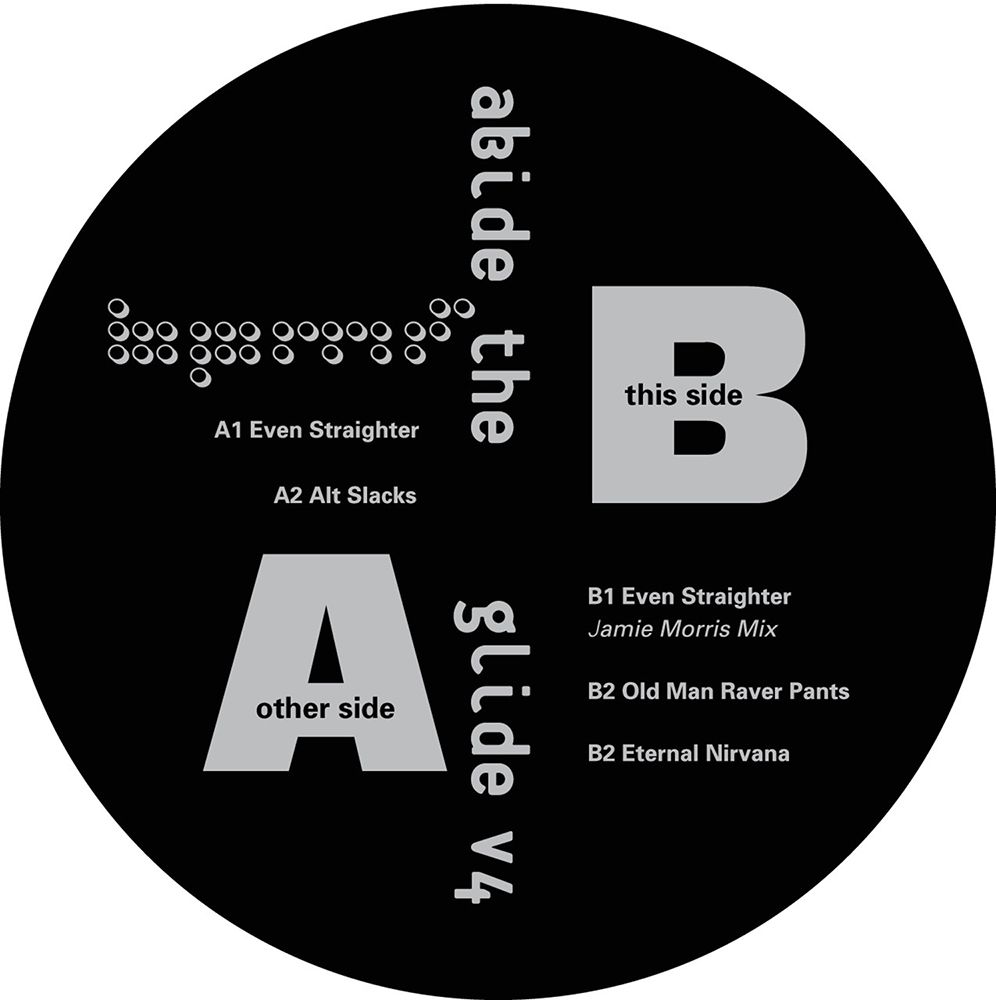 Founded by Jason Szostek, Schmer (the sublabel of Serotonin Records, founded in 1995) remains faithful to the raw underground techno surrounding its inception. From their work with Auto Kinetic back in the 90s to their embellished compilations, including their earlier release this year “Smoking Is Still Bad For You”.

Bpmf [Button Pushin Mutha F*cka] is more than a little familiar with Serotonin Records. Running the label and having released in its initial phase and throughout its development, Abide The Glide Volume 4 is no less than a colourful, deep reflection of both the artist and label's core values. Featuring a well discipled remix from Jamie Morris, the EP promises a cocktail of 90s throwback revitalized by up-to-date sampling and well established producing.

Starting with a clean bassline Alt Slacks progresses into a call and response within both the samples and upper keys. The production is a refined example of the hypnotic effects that can be achieved when introducing simplistic themes to a steady composition.

Jamie Morris takes Even Straighter to the highs with a persistent an old school swirl of saturated techno beats.

Abide The Glide Volume 4 will be available from September 1st on digital and vinyl.