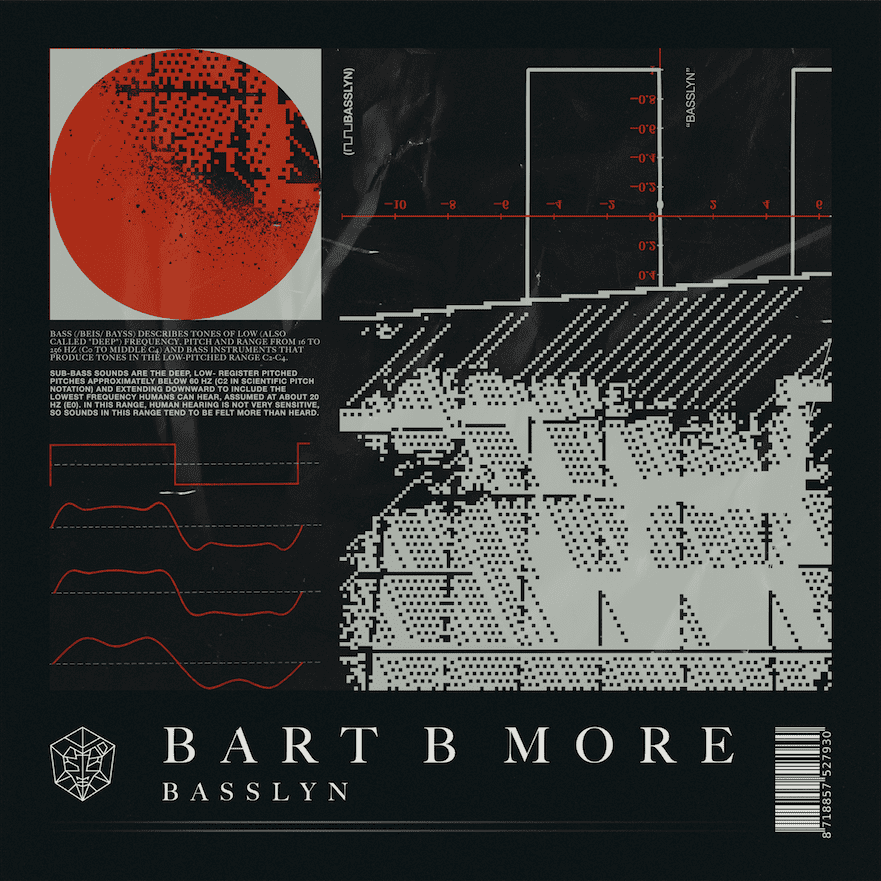 Bart B More is back with another twisted dancefloor monster for the festival season in the form of ‘Basslyn’. The artwork already teases a square bass banger.

Plump square bass grooves away under tight, skipping house beats, with taut snare rolls upping the ante as the high frequencies of the bassline reveal themselves. A cascading, detuned, manic refrain descends over the track with a nod to happy hardcore, drenched in atmospheric reverb, while a distorted vocal shouts “bassline!” Or “basslyn”, in this case. The haunting breakdown swirls twisted pads around looping cuts of the detuned riff, with a monstrous payoff after the epic synth build. It’s another absolute beast from the hands of the talented Dutch producer. Handle it with care, it’s explosive!

Following in the footsteps of recent STMPD RCRDS releases ‘Hamsterdam’, ‘Rave Lab’, ‘Who U Gonna Call’ and ‘Superzoom’, ‘Basslyn’ is Bart’s fifth release of the year for the label, proving what an important part of their roster he is becoming.