Throttle - Found You (Make Me Yours) 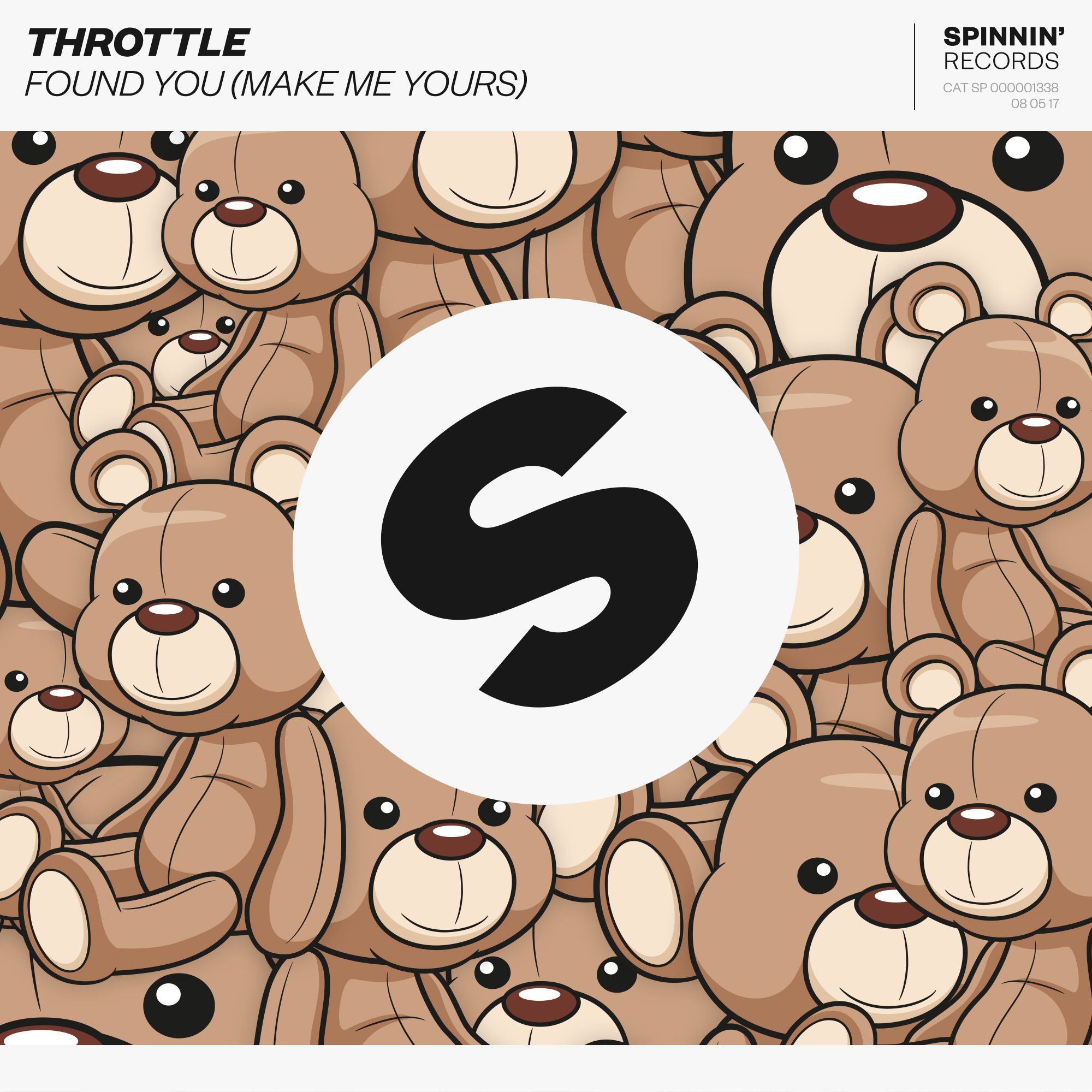 Throttle - Found You (Make Me Yours)

You don’t have to search long for Throttle’s new hit ‘Found You (Make Me Yours’) as it’s out now on Spinnin’ Records. With his new single the young and talented DJ/producer delivers house music in a poppy jacket with a small touch of disco. The groovy basslines, characteristic vocals and infectious chords will definitely make you smile, so don’t wait too long to make it yours!

The young and talented Australian DJ and producer Throttle has become one of the hottest names in the house music. He managed to create his own signature sound drawing from disco, jazz, hip-hop and funk. Throttle knows how to perfectly fuse together countless references and eras into a genre he calls ‘dirty-disco’. Old-school meets new-school as he puts his own unique stamp on every production. Throttle isn’t about what’s trending now, but what’s cool indefinitely.
Throttle first came to the world’s attention at age 16 with ‘Inspire’, his incredible live mash-up of 20 different tracks. This was the moment from where his career quickly blossomed. As soon as he began creating original sounds, it was clear that he was no one-trick pony.

Now 3 years later, Throttle’s success releases include amongst others the remix for Avicii’s ‘You Make Me’, his collaboration with Oliver Heldens‘Waiting’, and most recently his remixes for Snakehips & MØ’s ‘Don’t Leave’ and Ed Sheeran’s ‘Castle On The Hill’ and his most recent hugely succesful single ‘Hit The Road Jack’ that was #1 on Beatport for over 3 weeks.

Today Throttle is back, following up ‘Hit The Road Jack’ with his new single ‘Found You (Make Me Yours’.

‘Make Me Yours’ feels like the start of an exciting new chapter for me. It’s still hugely motown influenced but with much more of a modern twist to it. And, it’s the first time I’ve sung on a record! – Throttle

Throttle – ‘Found You (Make Me Yours)’ – Out Now on Spinnin’ Records
http://release.spinninrecords.com/found-you-make-me-yours