Fresh out the box afterparty 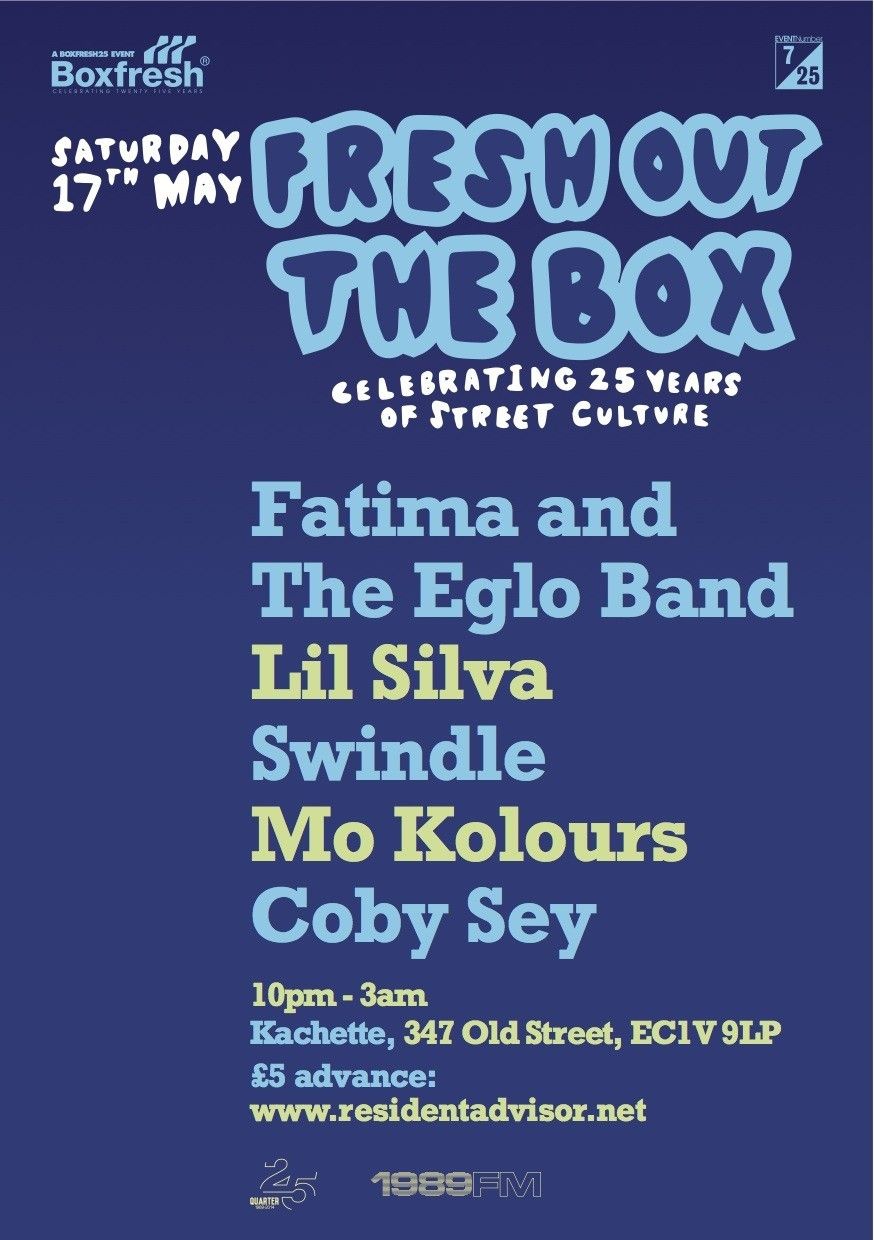 Fresh out the box afterparty

Celebrating their 25th anniversary in 2014, iconic London-born street wear brand Boxfresh host a series of unique events surrounding street culture. Number seven in the series, ‘Fresh Out The Box’ pulls together the most inspirational names in street fashion, music and culture for a day packed with workshops, lectures and parties for education and enjoyment.
From 10pm onwards Kachette Club in Old Street will play host to Fresh Out The Box’s after party. Continuing the theme of the day, Boxfresh programme a line up with some of the most impressive and talked about artists in urban culture.

Queen of the Eglo Records crew, Fatima will be joined by the Eglo band for what promises to be a stunning, intimate performance before her debut album ‘Yellow Memories’ is released this month. Fusing soul, dub and hip hop the wonderful producer, singer and percussionist Mo Kolours also graces the stage of the 200-cap venue. The half-English, half- Mauritian self titled first album has gathered praise far and wide, leading to him being one of the most anticipated artists around right now.

Jumping on the decks is Butterz family member Swindle, famed for his jazzy take on grime and dub step. Joining him we have a true innovator and prized remixer; Lil Silva, on the cusp of releasing his third EP. Last, but by no means least is the mysterious Coby Sey; a young talent set to explode throughout 2014.