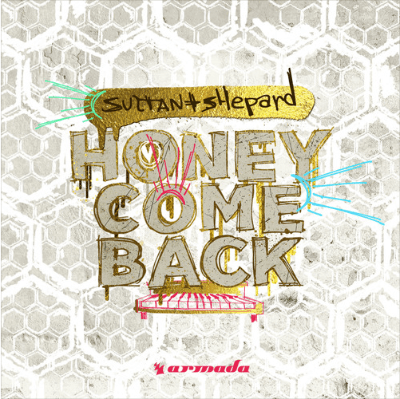 Production duo Sultan + Shepard reveal their new single, "Honey Come Back" the highly-anticipated release out now via Armada Music. Continuing to display the duo's masterful production capabilities, "Honey Come Back" features an infectious piano section that builds into an infectious sunbeam of sound and rhythm, setting itself up as the anthem for the summer. The swinging Island vocals, and instruments, along with heavy-handed kicks, and an imposing build up will surely make waves on both in and outdoor dance floors across the globe.

Few producers have managed to maintain their studio output with such stamina and consistency as Sultan + Shepard. On the studio front, they were tagged by Beatport as the "kings of the progressive scene" with countless chart-topping productions including a Grammy nomination for their remix of Bruno Mars' "Locked Out of Heaven" as well as massive originals "All These Roads", "Keep Moving" and "When We Were Young" with Dillon Francis, and co-writing the David Guetta hit "Bad" with Showtek. Sultan + Shepard kicked off the new year with a bang releasing "Make Things Right" featuring the vocals of Canadian indie pop duo Tegan + Sara. Continuing the momentum, their next release saw them team up with Hook N Sling for the heavily supported "Don't Let Me Down" on Doorn Records. Always able to combine top quality song writing with an innate understanding for great grooves, Sultan + Shepard have always evolved their sound. Their next releases will showcase a new sound combining the best elements of progressive, future house, and unique vocals and are set to be released this summer and fall on Size Records, Spinnin, MixMash, and Armada. 2015 shows no signs of Sultan + Shepard slowing down. The duo have renewed their highly successful residency at Light Nightclub in Las Vegas making them part of an elite DJ few hand-picked for the honor. Not in Vegas? Not to worry Sultan + Ned Shepard have been on touring fire, hitting festivals such as Ultra, TomorrowWorld, Tomorrowland, Mysteryland and countless clubs across the globe.