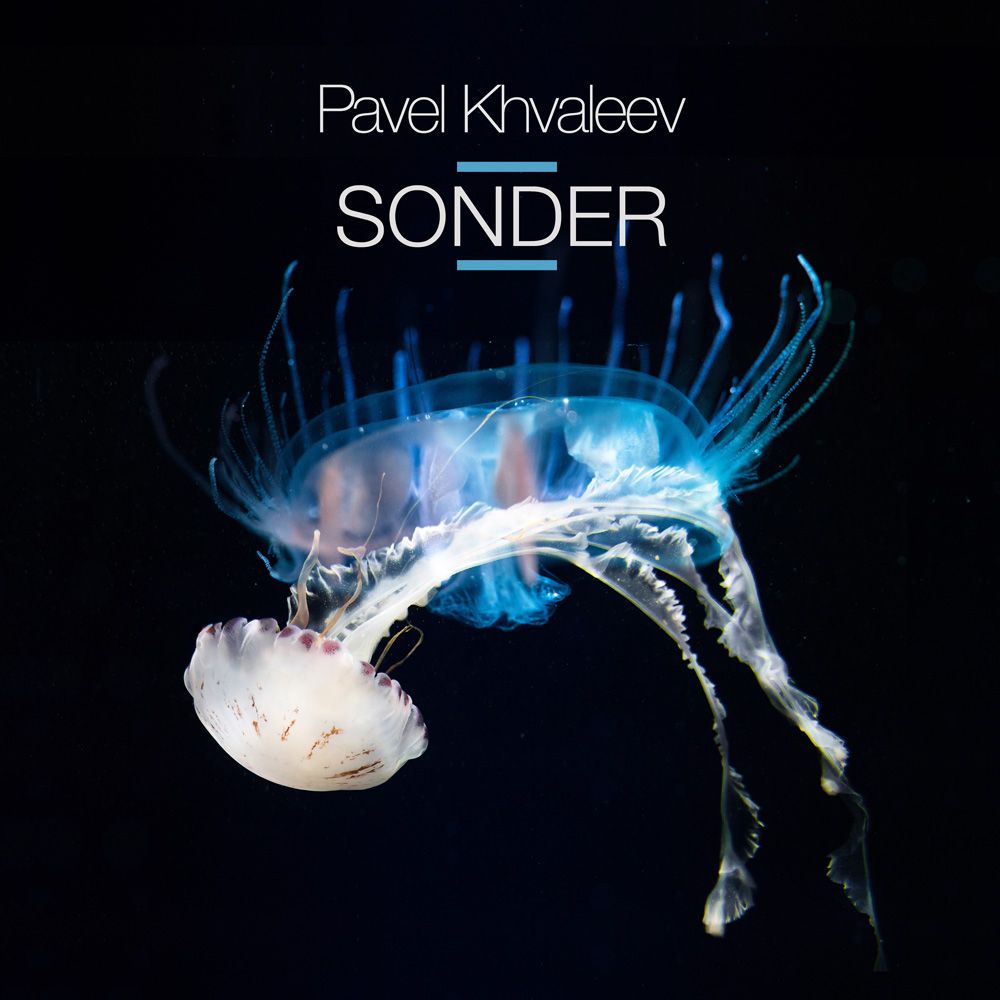 This December will see the release of ‘Sonder’ – the sophomore solo LP from Moonbeam founder Pavel Khvaleev. Following his 2017’s ‘Rebirth’ debut, ‘Sonder’ is a continuation of effectively his life’s work: breaking down the barrier between what we hear and what we see.

‘Sonder’s tracks are loosely themed around the Dictionary Of Obscure Sorrows’ definition of the word. Namely the conceptual realisation that every random person passing us lives an existence every bit as real & intricate as our own.

Through ‘Sonder’, Pavel is presenting an album that’s as close to uncharted territory as exists in this electronic music day & age.

On the surface, ‘Sonder’ is a spectacle for both ear and (through its accompanying videos) eye. Deeper down however it’s a swirling admixture of deeper meaning, channelled through the avant-garde, the introspective, spiritual & abstract. Across two discs, the album is divided equally & unambiguously into vocal & instrumental works.

Dedicated to the former, disc one is a platform for one transcendently affecting song after another. Among them you’ll find ‘Videos’, which (commented DJ Mag in their 8/10 review) “is sung to achingly beautiful effect by UK M/F twosome RINNGS”. ‘Losing Battles’ – the album’s most recent single with LIA projects house-ier, more Disclosure-ish vibes. Equally tranquil in nature are ‘So Real’ and ‘The Saviour’ – Blackfeel Wite and Pryce Oliver respectively handling their beautifully accented vocal components. Alumni from Moonbeam’s breakthrough ‘Around The World’ album, Avis Vox is in radiant form on the bittersweet future-folk of ‘Sun’. ‘Blind Infinity’ and ‘Skin’ meanwhile draw subtle but reminiscent parallels with the early works of Lamb, Portishead and others.

Everything is relative on Planet Pavel, so to say that Disc 2’s instrumentals are of a clubbier profile would be a qualified statement. It does however move onto a 4/4 footing, the warming of its synths on opening numbers like ’Nocturnal’, ‘Visions’ and ‘Find You’ comparatively signalling a more ‘up' tone to its second act. ‘Forever’ (with A*S*Y*S) locks in a groove factor, while ‘Indigo’, ‘Sonorous’, ‘Blackout’ and others assume trancier tempos and outlines. ‘Shades Fade’ closes out Pavel’s dazzling second solo LP. In bleepy, quirky, engaging form, it plays with your perceptions of what he is/does to ‘Sonder’s very last.

‘Sonder’ can be streamed/purchased here pavelkhvaleev.choons.at/sonder and you can watch ‘Video’s extraordinary official one here: youtu.be/0WFXFGILJAI and ‘Losing Battles’ here: www.youtube.com/watch?v=NqXGCvqH0nQ

——————————————————————–
About Pavel Khvaleev: Bringing sound and vision to the point of indecipherability would be mission-impossible for all but a handful. Pavel however is a man with the toolbox of abilities equal to that task, foremost amongst them vision. The composer/filmmaker’s work has – to date – produced some of the most arresting, thought-provoking and (some might even say) challenging marriages of audio & video within electronic music. Musically he skates the peripheries of a half-dozen electronic music styles, never alighting on any long enough to become classified by it. His feature films (The Random, III and most recently Involution among them) have been shown at film festivals from Berlin to Buenos Aires and dozens of hubs between. In November of 2018 DJ Mag said “The unlikely worlds of trance and art-house never got closer than through the output of Moonbeam Following their 2016 disbanding, Pavel Khvaleev continued solo and if anything the level of artistry’s only risen.”
——————————————————————–