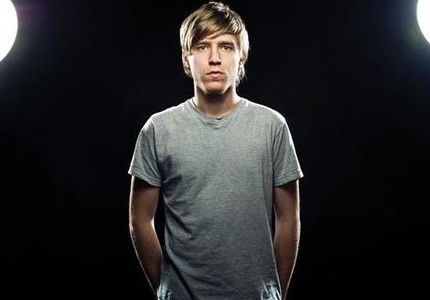 Sub Focus confirms today that the next single from his acclaimed second album Torus will be Turn Back Time, out 2nd December. The single follows the huge hit Turn It Around, featuring Kele Okereke from Bloc Party (video can be viewed HERE) and is the fifth single to be taken from Torus, which debuted at #11 on the Official Albums Chart.

With one of the most talked about, impressive live shows in electronic music, which uses ground breaking audio reactive and circular LED technology, Sub Focus is set to wow a sold out crowd at the Roundhouse in Camden this Saturday night as part of his impressive UK headline tour. The venue, with it’s iconic circular space is a fitting setting to show off the three rings of LED’s which make up the stunning Sub Focus live show. For fans that have missed out on tickets, Sub Focus will be streaming the whole show live on http://live.ukf.com. Working in association with UKF, the stream, which is using a 7 camera set up, will be a slick high definition platform for viewers to watch this amazing show.

Sub Focus, aka Nick Douwma, is a man with an impressive resume. As a drum’n’bass producer he has already delivered one genre-mashing breakout album to critical acclaim (2009’s Sub Focus on Ram Records) while nailing a plethora of highly billed festival sets, including headline sets at Glastonbury, Reading and Leeds Festivals and Wireless this past Summer. Torus, his second full length studio album, is a collection of eclectic genre shifting tracks that is pushing this reputation beyond the dance hinterlands and into the mainstream. Blending house pulses and juddering dubstep rhythms with drum’n’bass breaks and the brooding, ambient synths once favoured by the likes of ’80s electro mavericks, Vangelis and Jean Michel Jarre, this is release of catch-all appeal: festival anthems, dance floor epics, and headphone symphonies all rolled into one seamless, Technicolor journey, featuring stand out guest appearances from Mnek, Alpines, Foxes, Kele and more.

Tickets can be bought HERE