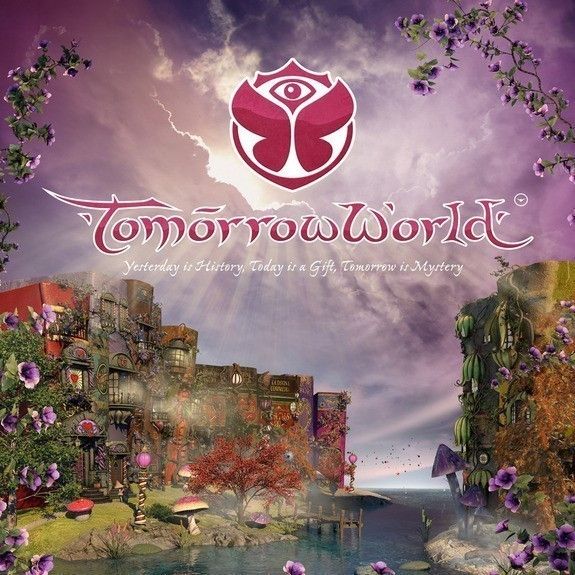 Discover the mystical second chapter in the Book of Wisdom. Enter the magnificent land of the unwritten, surrounded by beautiful people from over 75 different countries, who will unite and write history at the very first edition of TomorrowWorld.

Known to millions across the world as one of the most jaw-dropping productions to ever grace a festival site, Tomorrowland’s ‘Book of Wisdom’ will unveil a new chapter at the inaugural edition of TomorrowWorld in Chattahoochee Hills, Georgia in just a month’s time.

After leaving Belgium six weeks ago, 80 shipping containers carrying the gargantuan structure travelled more than 5,500 miles across the Atlantic Ocean to reach its final destination in the pristine natural landscape of Chattahoochee Hills. The Book of Wisdom, experienced firsthand by 180,000 attendees at the 2012 edition of Tomorrowland, and an additional 90 million viewers online, will now open its pages to a whole new audience as Chapter Two awaits discovery. With its mammoth size retained, as well as additional characteristics that reflect its move to the U.S., the mega-minds at ID&T have delivered once again.

Over the next four weeks, an international team of over 1,500 people will ready the construction of the vast 500 acre site, creating a spectacular backdrop that will blow the minds of all those attending from the moment they step through the festival gates.

Nearly 300 DJs will touch down just outside of Atlanta to become part of one of the largest line-ups in U.S. dance music history. Global superstars Afrojack, Armin van Buuren, Axwell, Calvin Harris, David Guetta, Dimitri Vegas & Like Mike, Sebastian Ingrosso, Tiësto and Yves V will be flown in to play across the seven uniquely designed stages, hosted by the likes of Dim Mak, Mad Decent, Fools Gold and Kitsune. In addition to this, two of the biggest names in the VIP game, Wynn’s XS and Encore Beach Club and mega Miami Club: LIV, will bring festival comfort to new heights as they host their own separate exclusive VIP areas, the latter complete with its own swimming pool!

A new magical tale will be written on September 27, 28 and 29, 2013
Limited tickets are still available online starting at $127. Join the madness HERE