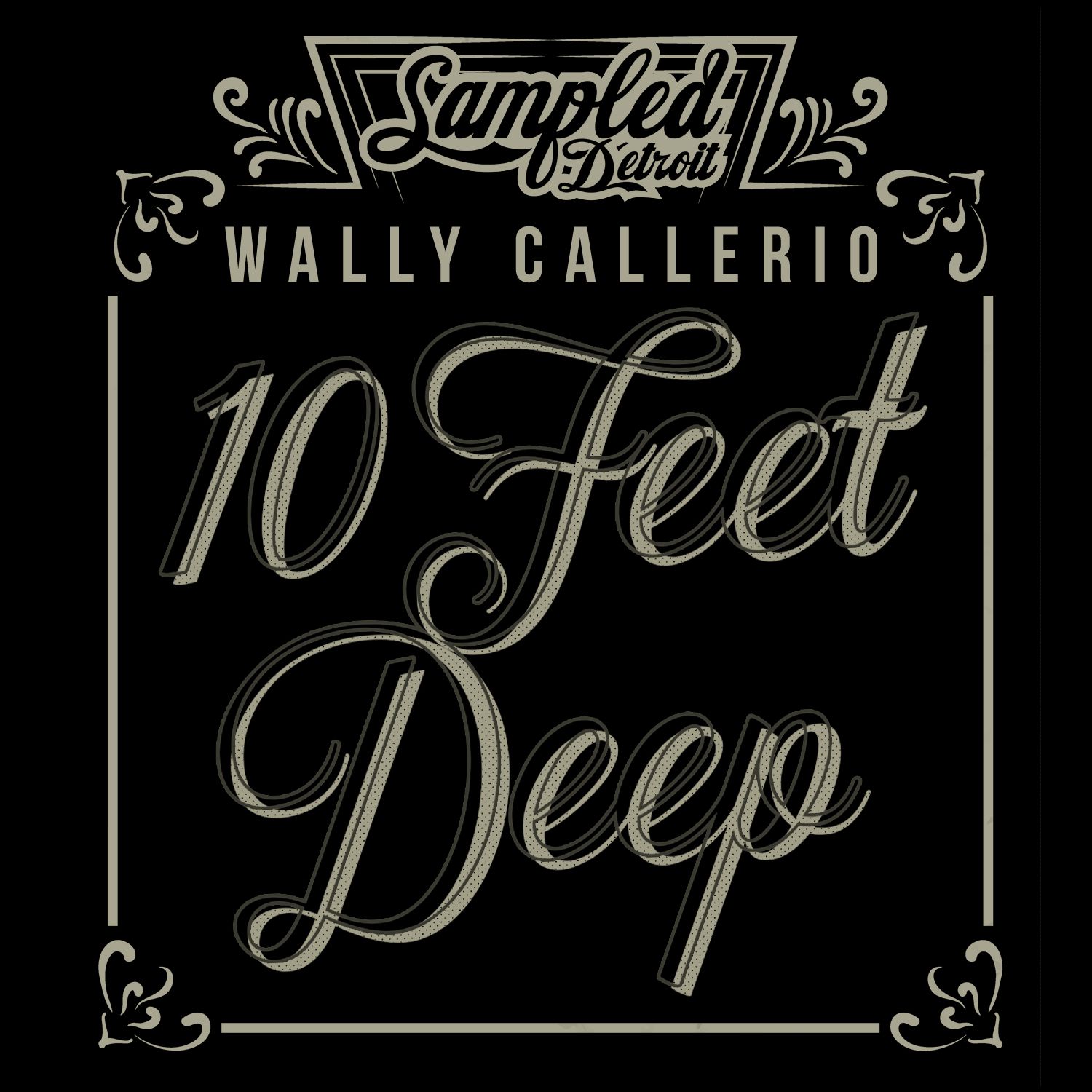 This September marks the release of a new LP from veteran producer Wally Callerio entitled ’10 Feet Deep’, featuring 10 of his handpicked productions and remixes from the past.

Now considered one of the significant figures in US classic-style house production, and with over 250 original releases and imprint Dufflebag Recordings in it’s 18th year– it’s no surprise US producer Willy Callerio was requested this year to take on the role of Music Supervisor for ‘Unconcious Therapy’ – a documentary chronicling the rise of House music and Frankie Knuckles, alongside fellow house icons like Masters At Work and Derrick Carter. Here though we see Wally Callerio return to Chuck Daniel’s Sampled Detroit with a handpicked collection of some of his finest releases and remixes over the years.

Across the package we hear a broad range of Wally’s production style from the opening track ‘About To Make History’ laying down a heady groove-led feel and his contemporary upbeat twist on the sultry classic ‘If You Want’ by Brother’s Behind The Light and US duo Supreme Beings. There’s also the compelling piano melody and chopped vocals of ‘Let Go’ and his take on LA Hip-Hop artist Myka 9’s ‘Citrus District’ injecting soul into the package via jazzy leads and smooth vocals. Laidback guitar riffs and soft drum sequences take the lead on his rework of American singer Paris Bennet’s ‘B-Bye’ followed by a remix of Detroit producer Amp Fiddler’s ‘Hollywood’ which delivers a cool contrast of soulful male vocals, delicate female vox and thundering claps.

Another remix of Myka 9 is on offer this time alongside Boomnote artist Josh One for their 2003 single ‘Afterhours’ which revisits Wally Callerio’s deeper style with wavering arpeggios and hypnotic synth swells. Up next is the rework of R&B Vocalist Jah Ques alongside Cory Wells’ Vibe Travellers on Dufflebag Recordings entitled ‘Good Foot’, with a chilled-out, jazzy affair that lays the focus on nonchalant vibes and deep grooves. Lastly rounding off the package is two original cuts, ‘Hitch Hike’ providing a unique take on a retro sample-led cut incorporating sax melodies and offbeat pad hits, before ‘You’re On My Mind’ concludes on an orchestral disco tip.