Isai Morales drops his latest soul flecked track “No Te Preocupes”, an intimate letter of reassurance to a significant figure in his life.

The track features a dynamic collection of soft 808s and glistening synths that create a delicate backdrop, allowing Isai to really accentuate his message with his powerful delivery. Isai’s ever growing maturity shines through in his witful lyricism and ability to create the appropriate mood with his music. The song is a manifestation of his intention to always be around and take care of someone he loves and cares for, assuring them of his presence and of himself as a source of comfort.

Isai explains his inspiration for the track, “‘No Te Preocupes’ was inspired by a time when the girl I was seeing felt as if she didn’t want to live anymore. So I decided to make an effort to make her day be as beautiful as it could be, because I know all too well how it feels to be in that position. ‘No Te Preocupes’ translates to ‘Don’t Worry’ in English, and I wanted her to know that she never has to worry about anything when she’s in my company. The song means a lot to me because it’s based on real events. Even though me and the girl aren’t as close anymore, she’s still alive and thriving’.”

Isai is native to Danton in Ohio, however it is clear to any listener that Isai is musically influenced by his roots in Panama and Mexico. Over the last couple of years Isai has started to accrue a fleet of fans and has amassed an enviable number of streams across all platforms.

Since he was 15, Isai has been making music and experimenting with his sounds. Under his previous name of Eazy El Loco he was incredibly successful in major cities around the Midwest and featured on major Spotify playlists including Fresh Finds and Fresh Finds Fire Emoji.

Now, he is looking to establish his reinvented self in the industry as he continues to document his life through inventive and playful music – oozing personality and musical intelligence.

2021 is set to be a big year for Isai and he is definitely an artist to keep an eye on. 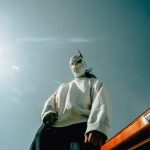 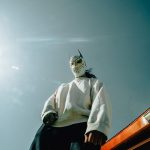