The second installment focuses on bass & electric guitar. Joining Running Touch via video each member recorded ‘Juno’ in their respective isolation bubbles: Bass prodigy & tiktok superstar Blu DeTiger in her hometown of New York City, label mate Vera Blue and close friend and past collaborator Hayden James whom he won the 2020 APRA award for Most Performed Dance Work of the Year with for ‘Better Together’, both in Sydney.

Running Touch says of his new session, “Post Modern Collective (PMC) sessions has been perfect at pulling me out of the song and pushing musicality into any kind of electronic music that makes it onto the album. It’s become my favourite thing about releasing music right now. Being able to go back and share a release with artists and friends you respect is timeless. When I look back on this album – I think these are what I’ll remember the most.

I’ve been a huge fan of Blu since watching her shred in her room service set in isolation last year. I’ve been a long-time fan of Vera Blue and both being within the same scene and label, have so much respect for her and the amazing work she does, and Hayden and I are good friends and collaborators – so having him involved was a must.”

The first Post Modern Collective Session video centred on percussion. Offering Running Touch the opportunity to hone in on his multi-instrumentalist skill set and provide a sense of community for like-minded musicians, the performance video featured members of Ocean Grove, Northlane and Crooked Colours along with Running Touch performing his 2020 single ‘Signs’ on drums.

Running Touch continues, “Bringing together artists that wouldn’t usually cross paths and from different scenes and genres is everything. Especially at a time when it’s hard to physically be in a room or touring with someone else. “

Following his first huge live performance of 2020 at the SOLD OUT Summer Sound Festival with Hayden James & Cosmo’s Midnight, Running Touch will be playing his first hometown show in over a year this weekend – a 3000 person sold out show set up in pods at Sidney Myer Music Bowl this Friday, February 5th. 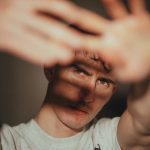