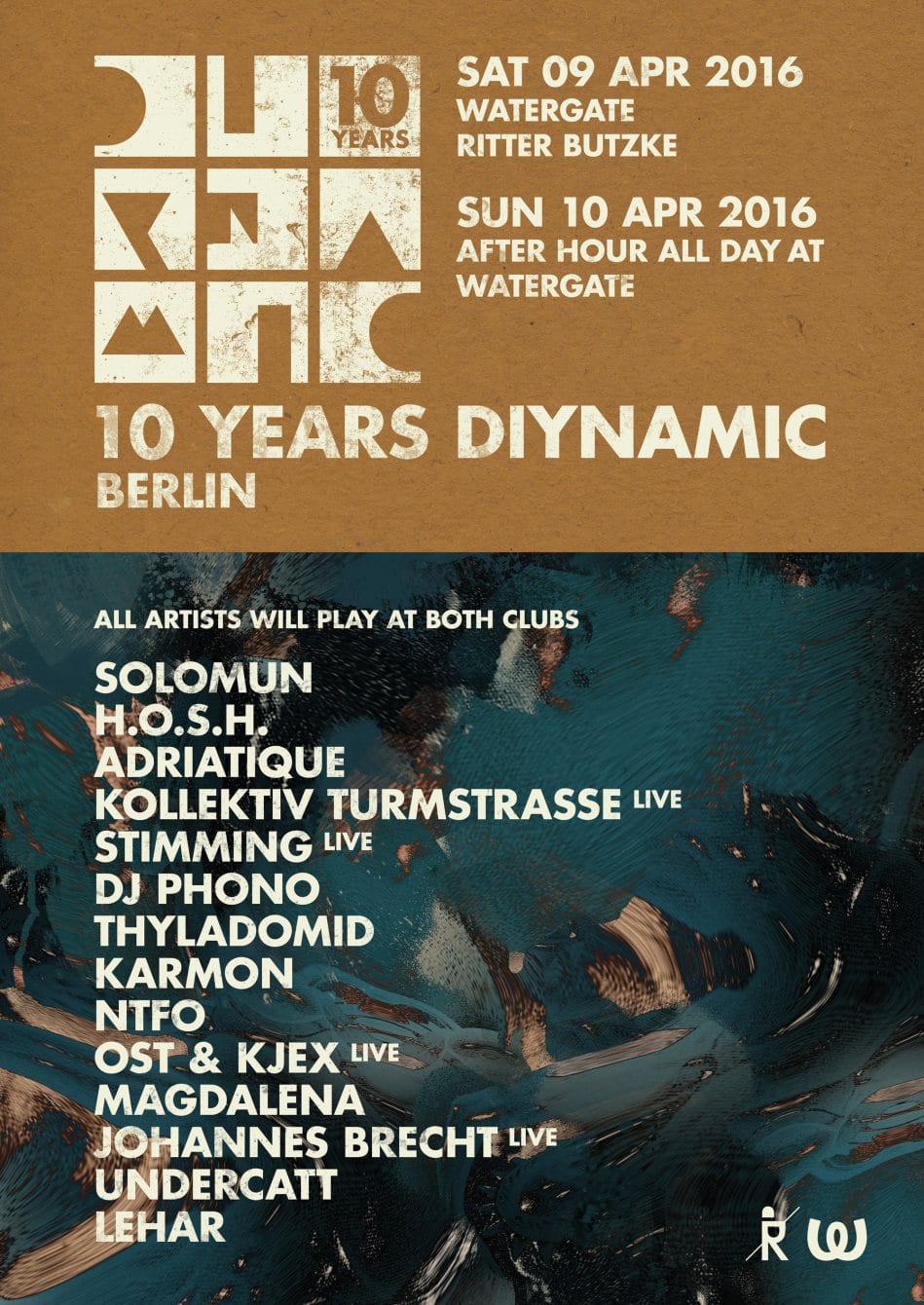 This year, on the occasion of their ten-year label anniversary, Diynamic will host multiple label parties in different major European cities.  What’s exceptional: Two to three clubs will simultaneously play host to all of the label’s artists on each particular night. Therefore, the vast majority of the artists such as Solomun, Adriatique, H.O.S.H., Kollektiv Turmstrasse or Stimming, will play at each of the participating clubs. And for the grand finale, the whole Diynamic Family will come together at one big after hour party.

Since 10 years now Diynamic – the artist collective surrounding label father Solomun – acts true to this calling. Since 2006 it’s all about releasing, partying, thinking ahead and doing it yourself. Born in the heart of Hamburg’s St. Pauli neighbourhood, now home in virtually every corner of the world.

Actually the beginnings of the DIY-era lie in 2003, when the first own party series of the clique around Solomun commenced in Hamburg. 2006 saw the founding of the music label Diynamic, followed by the opening of infamous EGO club in Hamburg’s red light district St. Pauli in 2009. This was soon succeeded by own Festivals on multiple continents, worldwide Diynamic Showcases and several successful residencies on Ibiza.

So how do you commemorate such a special anniversary? With a substantial birthday party, obviously! Reminiscing of all the wonderful club nights spent in the most exciting metropolises of this world, from intimate little joints to the most renowned venues of night life, makes us wish we wouldn’t have to decide where to celebrate. But who claimed that a party would have to be held at one single club only?

Starting with Berlin on April 9th and gloriously finishing in Hamburg on November 26th, the year 2016 will see many European metropolises taken over by Diynamic and its artists for an extended night each. The artists will take turns at all of the two or three participating clubs of each particular city and afterwards come together at an all day after hour party the following day.

The play times haven’t been decided yet, but what’s certain is that Solomun, H.O.S.H., Kollektiv Turmstrasse, Adriatique and other artists will play three times that weekend: once on Saturday night at Watergate, then another time Saturday night at Ritter Butzke, and then a third time at the after hour at Watergate on Sunday.

Whether you choose to follow your favourite artist around town or stay at your preferred venue or maybe even first join in at the after hour on Sunday, is completely up to you.