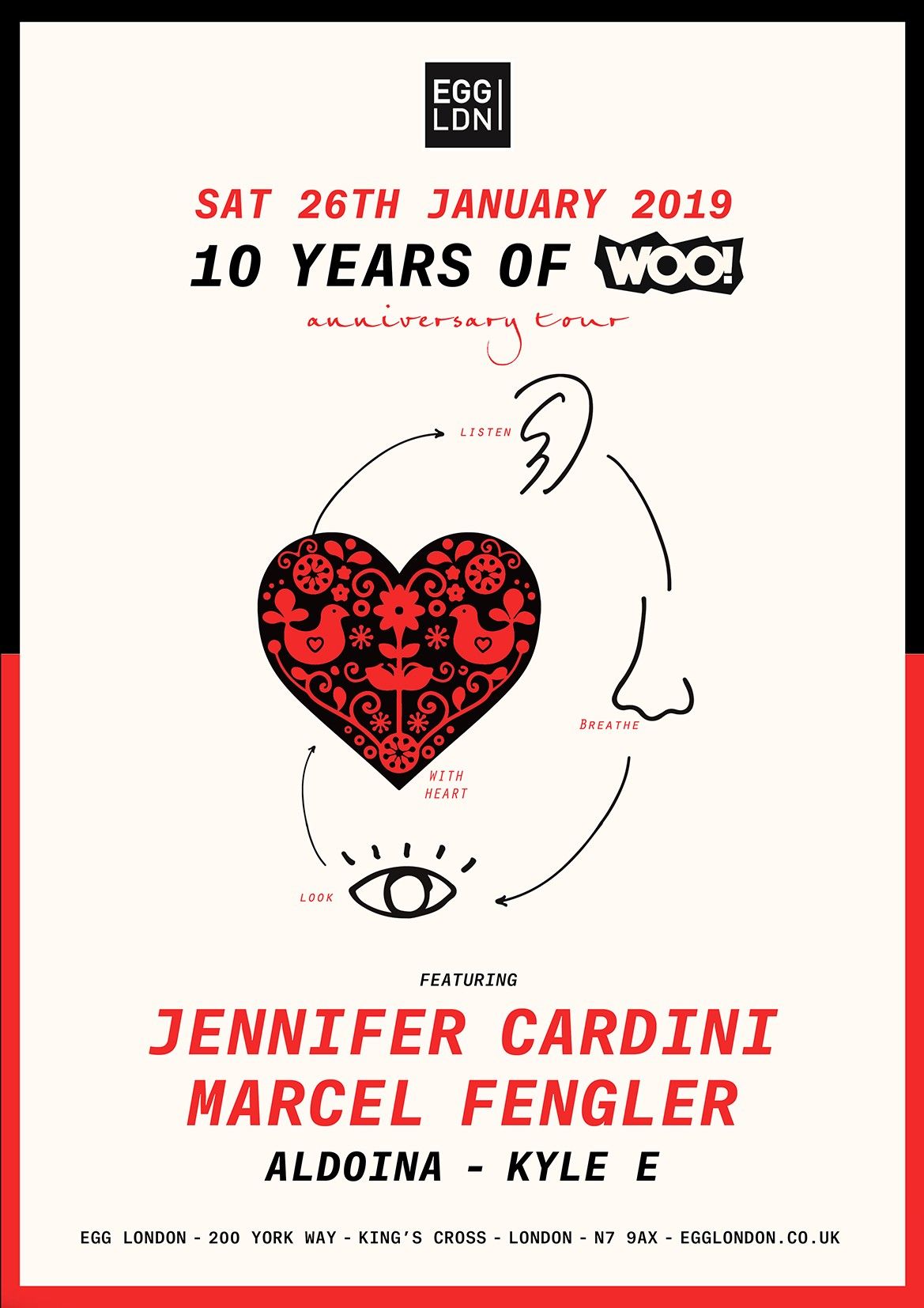 One of Berghain’s first resident DJs all the way back in 2005, Marcel Fengler is an uncompromising producer and selector to come from Ostut Gun's close-knit alumni. Blending a range of tones from industrial strength techno to funky grooves, Fengler is undoubtedly a versatile artist who captivates his dance floor from the get-go, showcasing a multi-dimensional sound whether he’s on warm-up duties or a marathon all night set.

Laying down the groundwork at Parisian club Pulp a decade ago, Jennifer Cardini has well and truly made an impression on the European soundscape and beyond, with an educated taste in techno, electro and disco as the bones of her DJ sets. What makes Cardini so memorable is her ability to blur the lines between these genres, resulting in a pulsating ride through the finest cuts in electronic music.

A promising producer and DJ to come from the well-known pool of Neapolitan techno producers currently making a name for themselves worldwide, Aldoina brings a collection of relentless creations to the club to complement the rhythms of Fengler and Cardini.

Our resident Kyle E completes the bill with his diverse sound, bouncing from moody techno to more melodious productions, as well as a plethora of his own material on the club’s WCF imprint.

Tickets: Advance tickets from £10; Student Members £10 and more on the door from www.egglondon.co.uk or  http://www.residentadvisor.net/egglondon

Egg London is a strictly 19+ venue. Club scan is now installed in the venue at the front door, which means everyone attending Egg must have a valid form of photo ID to present to be scanned on entry. The accepted forms of ID are: unexpired passport, driving license, provisional driving license, photo cards featuring the pass hologram. Photocopies, photos or screenshots of IDs are not accepted.