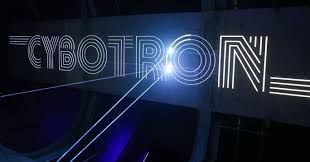 “This Is Juan Atkins, Serving Notice To The World That It Is The Early 21st Century. The Winds Of Change Howl, The Industrial Age Has Crumbled… And Cybotron Is Coming.”

The First Ever Cybotron Live show in the UK  is to be held at Barbican Centre on Friday April 12th. Leading the way into the future at this unique evening will be electronic music pioneer Juan Atkins. This promises to be a highly innovative iconic live event, fusing visionary technology with new and original music.

Envisaged as a unique staging of the roots of the Detroit techno sound and 80s electronica, the Cybotron Live show supported by partners Carhartt, Resident Advisor, and Mixcloud. A creative collaboration between the electronic godfather, Juan Atkins and visual technologists, Pilot. Juan will debut new material from the forthcoming Cybotron album, alongside original seminal tracks. Looking to once again compose the future, Juan will take the audience on a multi-sensory journey. encased in a revolutionary digital lighting and laser system that enables multi-layers of audio to be fed in real time into a bespoke visual generative engine. Aiming for pure synergy between the audio and the visual – the Future has arrived.

RA: To quote Terrence Dixon—who'll be making his UK debut on the night— “expect a heavy dose of "forward-thinking ghetto electronics."

Following Juan Atkins' live performance at The Barbican, Phase Array launches as the first in a series of nights from Cybotron Live producers’ minimal detroit, headed up by Detroit's Terrence Dixon and London based duo, Kathleen and James Winter.

Tickets from £16.50 from Resident Advisor https://www.residentadvisor.net/events/1212527

In 1980 Cybotron projected themselves into the future, producing a series of advanced prophetic compositions, including ‘Techno City’ ‘Clear’, ’Cosmic Cars’ and their debut album ‘Enter’, which has just been re-issued in remastered glory.

Fast forward forty years, and ‘Enter’ is more relevant than ever.