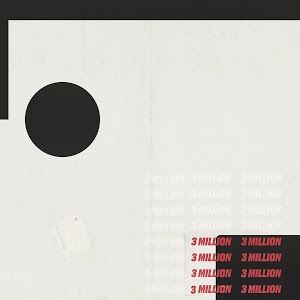 Acclaimed producer, singer, songwriter and recording artist LIDO has released his latest single "3 Million" today via all digital platforms. An official music video also made its premiere today on Complex, and is now available everywhere.  With its unique blend of soulful and electronic production, the track’s moody and infectious tagline begins with "Always…3 million years in the club always." With Lido on lead vocals, his lyrics sit amongst dark and spacey overtones embedded throughout the song.

":3 million: years is a long time. I’d say it’s capable of holding at least a few eternities.  Plenty more than any :always: I’ll experience, far beyond what I’m (designed) to grasp. If you don’t Mind I’ll slow this moment down as much as I can !!because¡¡ the only thing elastic enough to stre-tch over that much time is: a question."

This latest release comes on the heels of what has already been a very busy year for Lido. He produced tracks for Chicago rapperTowkio including his breakout single "Symphony," which the two performed last February on the Tonight Show with Jimmy Fallon.  In May, he released the EP 'Spacesuit' with buzzing Seattle rapper J'von which was dubbed an "impressive 7-track package" by This Song IS Sick.  Last June, he followed up 'Life of Peder' with the highly acclaimed 7-minute project 'kidsloveghosts,' a re-imagining of Kanye West and Kid Cudi's latest collaboration 'Kids See Ghosts,' hailed by Dancing Astronaut as 'stunning" and "masterful.|

"3 Million" is available on all digital download and streaming platforms now.