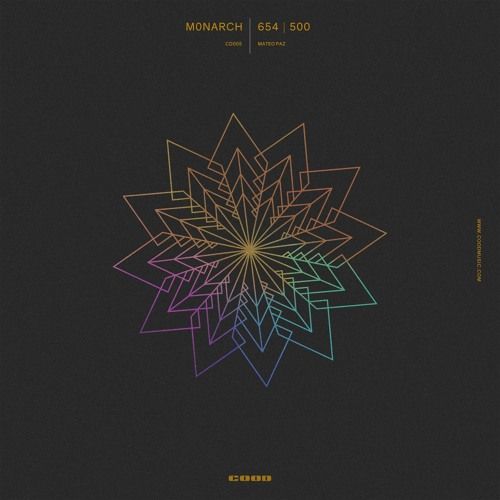 Mateo Paz is a Polish DJ and Producer who has been taking the scene by storm with his popular radio show ‘Gain’ and several chart-topping hits. In 2017 both ‘Mine Alone’ and ‘Looking For Sunlight’ were released to critical acclaim and big support from fellow artists. Mateo has also reached the top 20 Billboard charts with his single with Grammy-nominated artist Eddie Amador and Kwanza Jones.

Mateo Paz has created a sensational remake of Georgian duo M0narch’s track ‘654’ yet to be released on COOD Music. Mateo has transformed this tune into a darker, sultrier version that would be found playing in the depth of the night. ‘654’ skirts on the borders of Progressive and Techno with its colourful arpeggios that keep the listener intrigued as it gradually builds to a drop that encompasses you in the full essence of the track.

There’s much more to come from Mateo before the end of the year and he is seriously a name to keep an eye on.