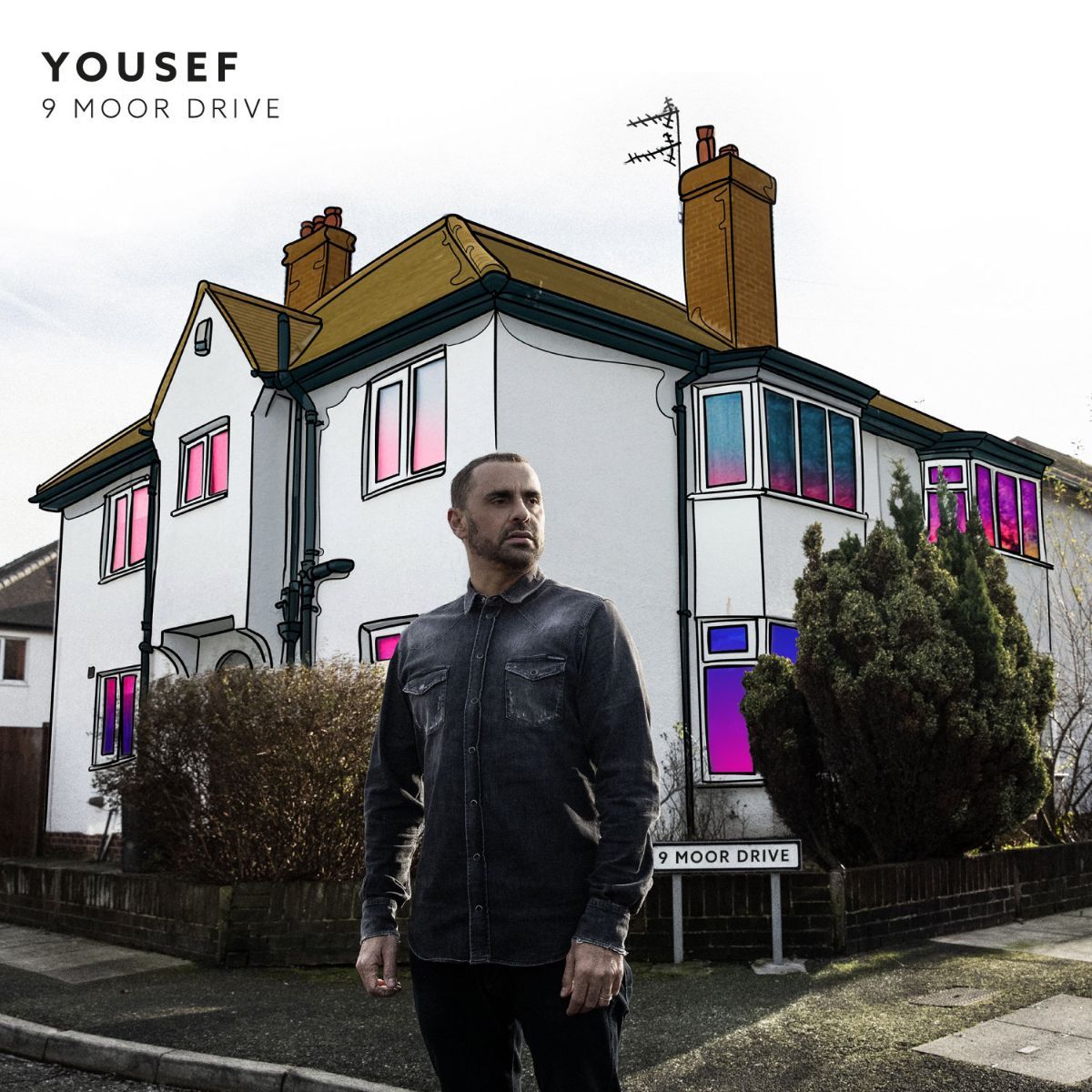 DJ, producer and Circus event/label-head, Yousef is a man who lives every moment as if it’s his last. Announcing today his fourth studio album ‘9 Moor Drive’, Yousef opens the door to his turbulent and often uncertain childhood, exploring contrasting themes of extreme difficulties, laughter and freedom. Named after the address of his Liverpool family home, Yousef takes listeners on a journey through a difficult ten-year period from the age of four to fourteen years old, living at 9 Moor Drive.

“9 Moor Drive is autobiographical, but it isn’t a bleeding-heart story about hard times or anguish. It’s about dealing with life's difficulties, exploring creativity and reminiscing about my life’s defining moments. It is the final piece in a long cathartic process about those times” – Yousef

Yousef’s time at 9 Moor Drive has shaped the person he is today, instilling in him the passion and drive to do what he loves. Portraying the experiences that have molded him in this way, Yousef reflects on the hard times he faced, whilst also celebrating the resilience and boundless creativity he now bestows.

Setting the tone of what’s to come, album track ‘Riches To Rags’ points directly to the financial decline of Yousef’s family life at 9 Moor Drive. Powerful pace and tense sounding synths reflect the emotions he felt during this challenging time. As a precursor to the album, ‘Riches To Rags’ is the first piece of the wider puzzle that defines a long and cathartic healing process for Yousef.