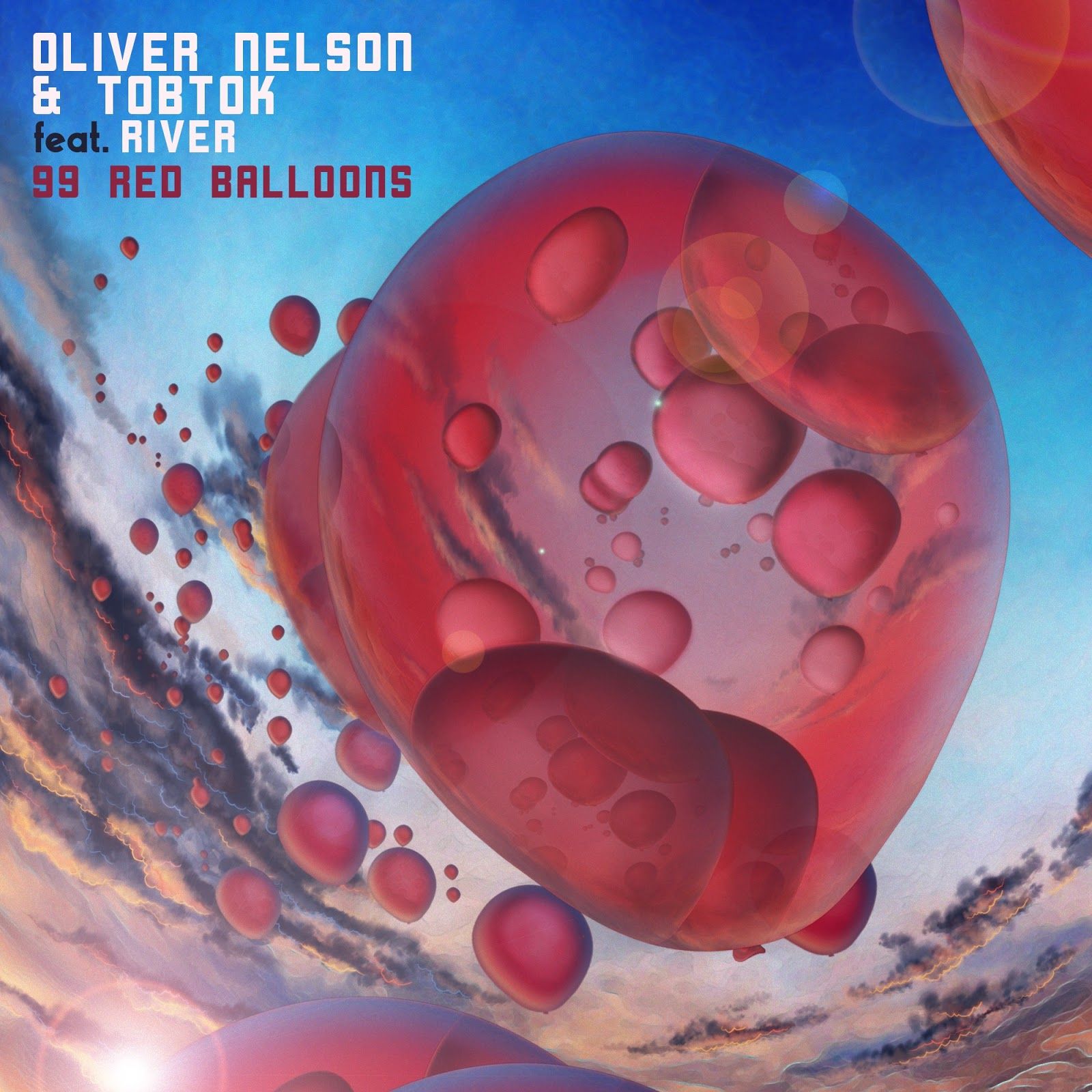 Born out of the winter chill of Sweden – one of dance music’s biggest capitals – comes what’s poised to be one the hottest tracks of 2018. To celebrate the 35th anniversary of Nena’s “99 Red Balloons” emerging Nordic talents Oliver Nelson and Tobtok have reimagined the iconic party starter for contemporary dancefloors.

Oliver Nelson and Tobtok’s approach to the track is to stay true to the original. Melodically, an incredible Future House instrumental compliments the classic arrangement while vocalist River makes it her own with a unique take on the lyrics. "We decided to maintain the 80's vibe yet make it contemporary and used the iconic bassline as the lead-melody and it turned out a really cool mixture!," Nelson and Tobtok note with regards to the production.

Oliver Nelson’s productions have amassed 235 million plus streams across platforms such as YouTube, Spotify and Soundcloud while reaching No. 1 on Hype Machine 10 times over. Career highlights include releasing music on Kistuné and being a resident DJ in Europe for the tastemaker French label in addition to touring around the world, his own Toolroom Records mix compilation (Croatia  Poolside  2016), his remix of NEIKED’s “Sexual” (over 12.3 million streams to date and multiple plays on BBC Radio 1) and Ella Henderson’s “Ghost” (17.5 million streams to date), his Polydor single “Found Your Love” and his first ever collaboration with Tropical House king Kygo for the artist’s second album Kids In Love titled “Riding Shotgun.” The track instantly hit a number of viral charts in Norway and the USA and had over one million streams within a week on Spotify. Oliver recently remixed Kesha and Mystery Skulls and will be touring the US for the second time in March 2018.

Tobtok aka Tobias Karlsson has long been affiliated with some of the coolest artists and labels in dance music including Kitsune, Good Soldier, Perfect Havoc and Ministry of Sound/Sony while receiving support from BBC Radio 1 Pete Tong, Mistajam, Zane Lowe, Annie Nightingale and Phil Taggart, among others. He’s remixed heavyweight names including The Magician (“Sunlight ft. Years & Years”), John Newman (“Come and Get It”) and Kesha (“Woman”). In 2015, his single, “Fast Car” (a cover of Tracy Chapman’s 1988 classic) with vocals from River became an international smash with over 29 million streams on Spotify, 4.2 million on SoundCloud and reaching double platinum status in Australia. Last year, he released his hit single “Aber (Rooftops)” which has received 4.5 million streams to date and his first mix compilation for Toolroom Records (Miami Poolside 2017). He’s also toured the world with Kitsune and Perfect Havoc Disco in Europe, Bali/Jakatta, South Korea and numerous gigs at Ushuaia. He will be touring the US for the second time in March 2018.

Oliver Nelson is on tour in the United States through January 27. He will be joined by Tobtok in London on January 31 for a groundbreaking 3D performance on the largest audio spatialisation system in the world. The performance will take place under the Banksy Tunnel at Aures London.