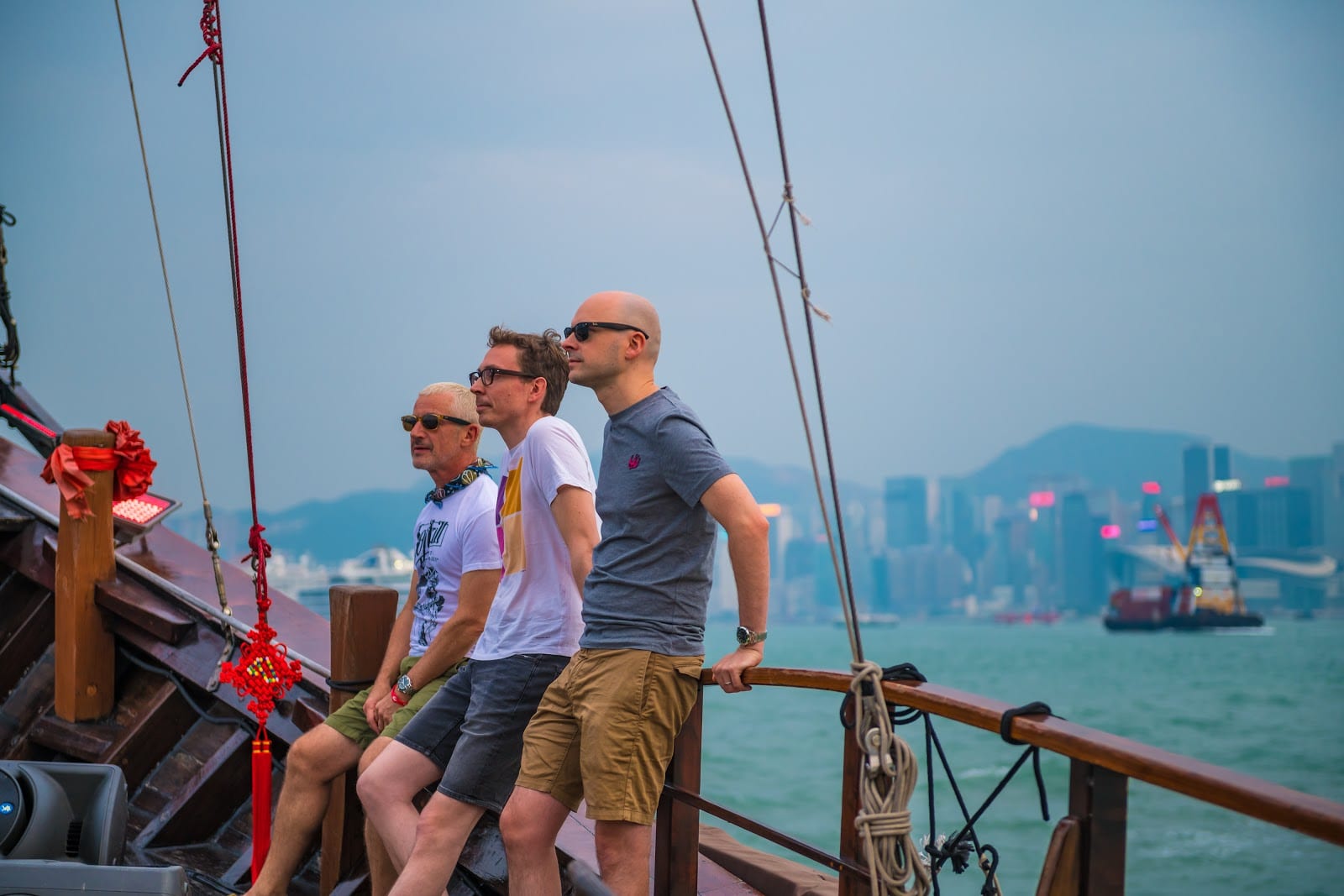 Above & Beyond (Jono, Paavo and Tony) brought Group Therapy to the far east for the first time this weekend to celebrate the 300th episode of their ABGT radio show.

Building on last year’s iconic 250 celebrations at the Gorge Amphitheater, Group Therapy 300 weekend saw fans from over 50 countries descend on the international hub, watched by over 500,000 people online, and millions listening via FM and Satellite radio partners. Group Therapy also aired live for the first time in China in partnership with Netease.

The Friday saw Above & Beyond take to the seas for a 1 hour deep DJ on a traditional junk boat in the middle of Victoria Harbour; set against the dramatic city skyline. The set, featuring world exclusives from Ben Böhmer, Dosem and Tinlicker is available to watch here.

The Saturday night saw Jono, Paavo and Tony’s broadcast ABGT300 (their 750th radio show in total) live from a sold out Asia-World Expo centre. The marathon 8 hour show saw Ben Böhmer, Spencer Brown, GRUM, Andrew Bayer and ilan Bluestone take to the stage, in addition to an immersive 2 hour headline set from Above & Beyond; transforming the arena into a neon lit street market scene.

Above & Beyond debuted four new original productions, including ‘There’s Only You’ (feat. Zoë Johnston) and ‘Flying By Candlelight’ (feat. Marty Longstaff), taken from their forthcoming ‘Common Ground Companion EP’. Typical of the inclusive spirit of Group Therapy, this year’s Push The Button moment saw members of the China Trance community and Anjunafamily unite on stage to hit play on ‘Sun & Moon’. You can watch Above & Beyond’s headline 2 hour ABGT300 set here, or listen now on streaming here.

Providing a downtempo, reflective end to the weekend, things moved back to the city for Anjunadeep Open Air: Hong Kong on the Sunday. Taking over the harbourside at Nursery Park, the day began with a meditative moment courtesy of a rare Above & Beyond Yoga set led by Paavo and local instructor Chaukei Ngai. Anjunadeep mainstays Luttrell, James Grant and Jody Wisternoff, Ben Böhmer, Dom Donnelly and Penelope provided the soundtrack at the sunset over Kowloon Bay.

Anjunadeep Open Air: Hong Kong will be broadcast in the coming week on the Anjunadeep Youtube channel and Facebook pages.

Jono, Paavo and Tony’s epic 2 hour DJ set live from Hong Kong is also available on all streaming platforms, with further sets to come over the next week.