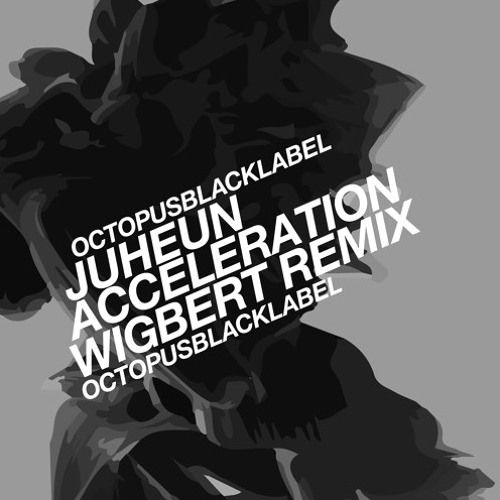 A native to the deserts of the southwestern United States, Korean-American techno DJ/producer Juheun is a forward-thinking artist who constantly works to find the ideal balance between analog and digital sounds, leading to magnetic performances and darkly energetic productions. Making his start in 2009, he found inspiration in underground music amongst the unexposed electronic scene in Arizona at the time. Coming up strong in the American techno scene, Juheun is a fresh face on the prestigious modern techno label Octopus Recordings with his latest EP ‘Acceleration’ out now.

Juheun’s ‘Acceleration’ is inspired by his interest in space travel and technology. It’s composed of four well-rounded tracks, opening with an eponymous title track that emotes a truly hypnotic experience, embracing a percussive backbone and unique futuristic sound effects to carry listeners through. The second track veers from the original composition of “Acceleration” with a remix featuring multifaceted German producer, Wigbert. Known to combine tech-house and techno, the studio scientist incorporates booming bass that drives the energy of the track keeping an undertone of its original percussion. The EP’s third offering is fittingly titled “Pulsar,” with its fast-paced and multi-layered beats displaying Juheun’s intricate attention to detail. Cranked up drums and melodic blasts are sure to keep crowds moving late into the night. The EP is rounded out with the grippingly dark “Gamma,” a tune that begins with a heavy bassline that matures into an eerie repetition of vocals and effects that are both minimalistic yet unexplainably intriguing. Tracks on ‘Acceleration’ have already garnered support from the likes of John Digweed, Nicole Moudaber, Pig&Dan and more.

Juheun recently rocked the Octopus Recordings Movement afterparty in Detroit playing a set alongside label boss, Sian. He will be coming into the Octopus fold and touring with the rest of the roster all throughout the next year. We can expect another dark sounding EP on the horizon from Juheun incorporating an even heavier sound as well his constant driving energy that doesn’t disappoint, leaving his audience always craving more.

Juheun’s ‘Acceleration’ EP is out now on Octopus Recordings. Purchase on iTunes or Beatport.