Adamski – This is 3-Step 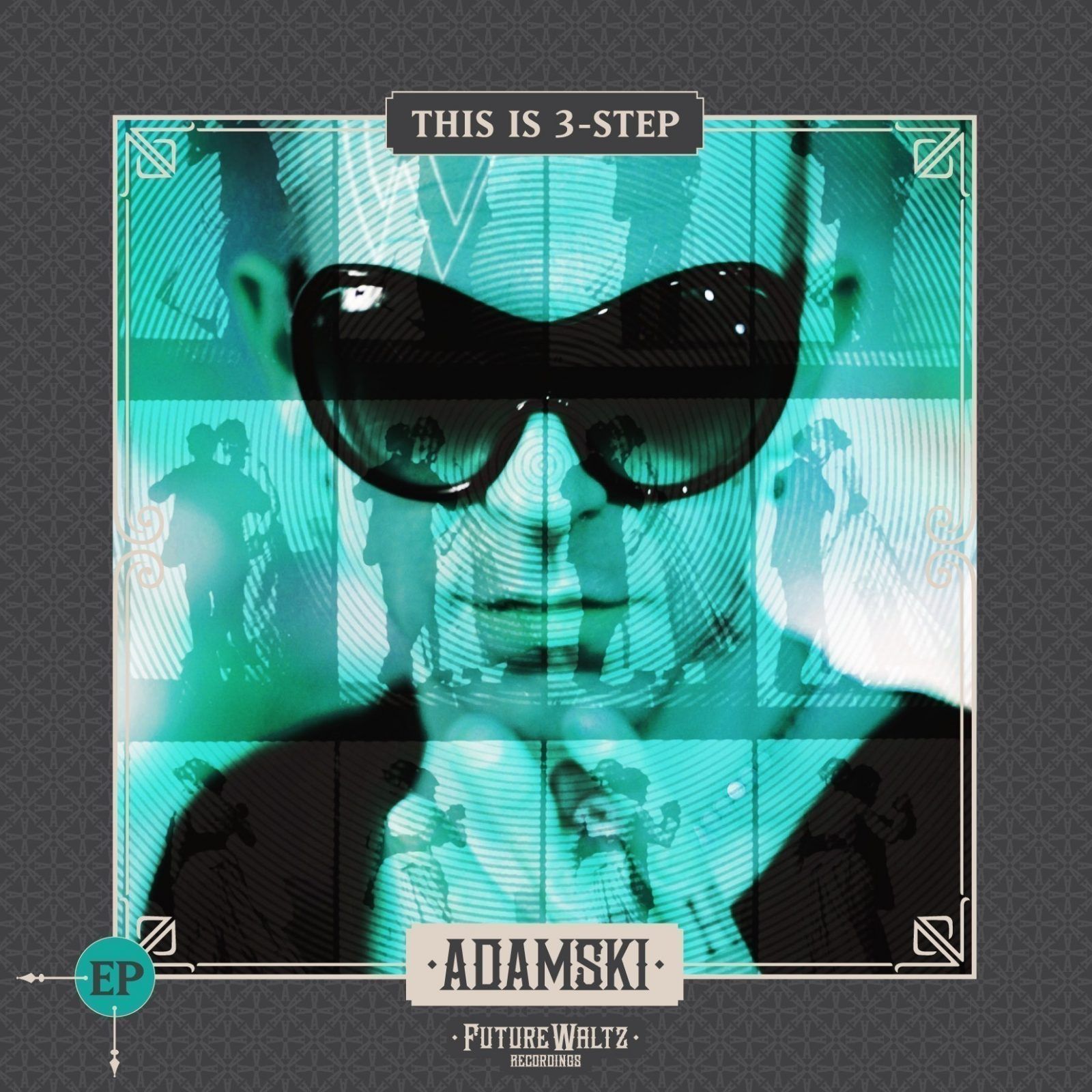 Adamski – This is 3-Step

Electronic music Godfather Adamski is back with a new EP: This is 3-Step. Taking inspiration from the waltz music he became enamoured with during a spell in Venezuela – Adamski serves up five tracks here that work as a not-so-gentle reminder for a generation of producers who regularly cite him as an influence – a reminder that he is still at the cutting edge of electronic music. From its very beginnings, the waltz was revolutionary. It still is. Its roots are somewhat obscure – but what is known is that the first music labelled ‘waltzen’ (meaning ‘to turn’ in old German) was a popular, spinning dance of peasants emanating from rural parts of Austria, Bavaria and Bohemia in the mid-eighteenth century. It was danced in 3/4 time with an accent on the first beat of every measure. That sound is steeped throughout the EP – 3/4 beats at odds with a 4/4 saturated world. The first track on the EP, recorded at Adrian Sherwood’s On-U Sound studio, features the critically acclaimed David McAlmont – known primarily for his work with Bernard Butler, David lends vocals to ‘The Last Waltz’ an Engelbert Humperdinck cover, from 1967 (the year both McAlmont and Adamski were born). The cover is dedicated to the late great Frankie Knuckles and directly references his seminal house classic ‘Your Love’. The EP tirelessly shifts between the uplifting and the soulful to the gritty/bass fuelled – not least on the hugely catchy ‘Belle of The Speedball’. Adamski on future waltz: “After 25 years in the nightspots of the world providing sci-fi beats for hedonists, and even longer as a consumer of all the best scenes from glam rock to grime, I am now spurting all my creative juice into what I call FUTUREWALTZ,” he says. “I realized just how sexy and groovy the Waltz rhythm can be after hearing its influence in the folk music of Venezuela, which is a country I visit a lot. While Googling its origins, I became fascinated and inspired by the history of the Waltz and its social and cultural significance.”

Adamski will forever be remembered for huge worldwide smash ‘Killer’ – and rightly so, but this EP goes a long way in proving he is still a huge creative force in the dance music world.