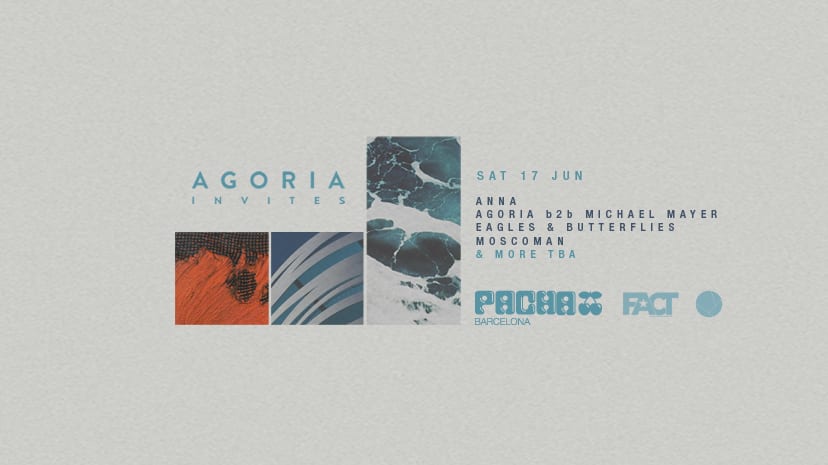 On Saturday 17th of June, Pachá Barcelona will celebrate a special date with Agoria as protagonist, as part of the series of events scheduled over Off Week.

Pachá Barcelona doesn't give up in its determination on throwing one of the best ever Off Week editions, which is why they've invited Agoria as the star of one of the events.

Sebastian Devaud, aka Agoria, grew between operas and architectural design with an artistic background that can be noticed in every one of his productions and performances. It could be said that the French is an electronic artisan, an unmistakable perfectionist who always focuses on the small details that define his peculiar sound. It doesn't come as a surprise that big names in the industry such as Pete Tong, Seb Fontaine and Kevin Saunderson have praised his work.

Pachá Barcelona will provide the opportunity to enjoy his sound during a B2B set with Michal Mayer, an essential figure in the young scene of Cologne with his Techno-Pop free of prejudices and a fundamental pillar of the label Kompakt. ANNA will be there too, a goddess of electronic music and one of the maximum exponents in the Brazilian Techno and Tech House scene, her specialty. Eagles & Butterflies, who since were discovered and signed by John Digweed on Bedrock have never stopped working, releasing on some of the most top labels: Innervisions, Get Physical or Noir, carries on the line-up with the Israeli Moscomon, creator of some of the best underground hits released by Correspondant and Eskimo Rec and founder of the label Disco Halal in which he expresses his personal and effective combination of Techno, New Wave, House and sound from Middle East. And Red Axes, the duo formed by the Israeli Dori Sadovnik and Niv Arzi, internationally famous for being great producers and remixers, close the line-up.

On Saturday 17th of June, Pachá Barcelona will once again hold an event that can't be missed with the most avant-garde electronic.