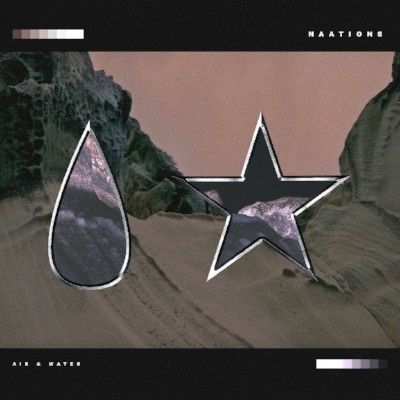 A high-tempo production led by Nat’s rich, soulful vocals, ‘Air & Water’ boasts a thumping bassline which beautifully entwines with bold drum patterns. ‘Air & Water’ looks certain to cement itself as one of summer 2018’s biggest anthems and precedes the pair’s eagerly anticipated live dates across the States this summer.

Following up their ‘Real Life’ success with their own single ‘Want Me More’, the former propelled itself into the Top 20 UK Shazam Dance Chart following a wave of huge support from BBC Radio 1 & 1Xtra, with plays from Pete Tong, Danny Howard and Mistajam. The track also received airing across Kiss FMand Kiss Fresh, dominating UK radio play nationwide.

Having previously worked as separate acts before forming NAATIONS, Nicky has teamed up with the likes of The Klaxons, as well as gaining a coveted ARIA Award nomination for his track ‘Everybody Together’. Meanwhile, Nat co-wrote Marshmello & Anne-Marie’s hit single ‘FRIENDS’. The track has surpassed a whopping 440 million streams on Spotify alone and peaked in several singles charts worldwide, including the Top 10 of the UK Official Charts. She also displayed her songwriting duties onCharli XCX’s latest single ‘5 In The Morning’.

‘Air & Water’ is a superb combination of Nicky’s cleverly-crafted production skills and Nat’s impressive vocal prowess. A solid introduction to their upcoming debut EP, the single solidifies NAATIONS’ reputation as one of music’s fastest rising talents.