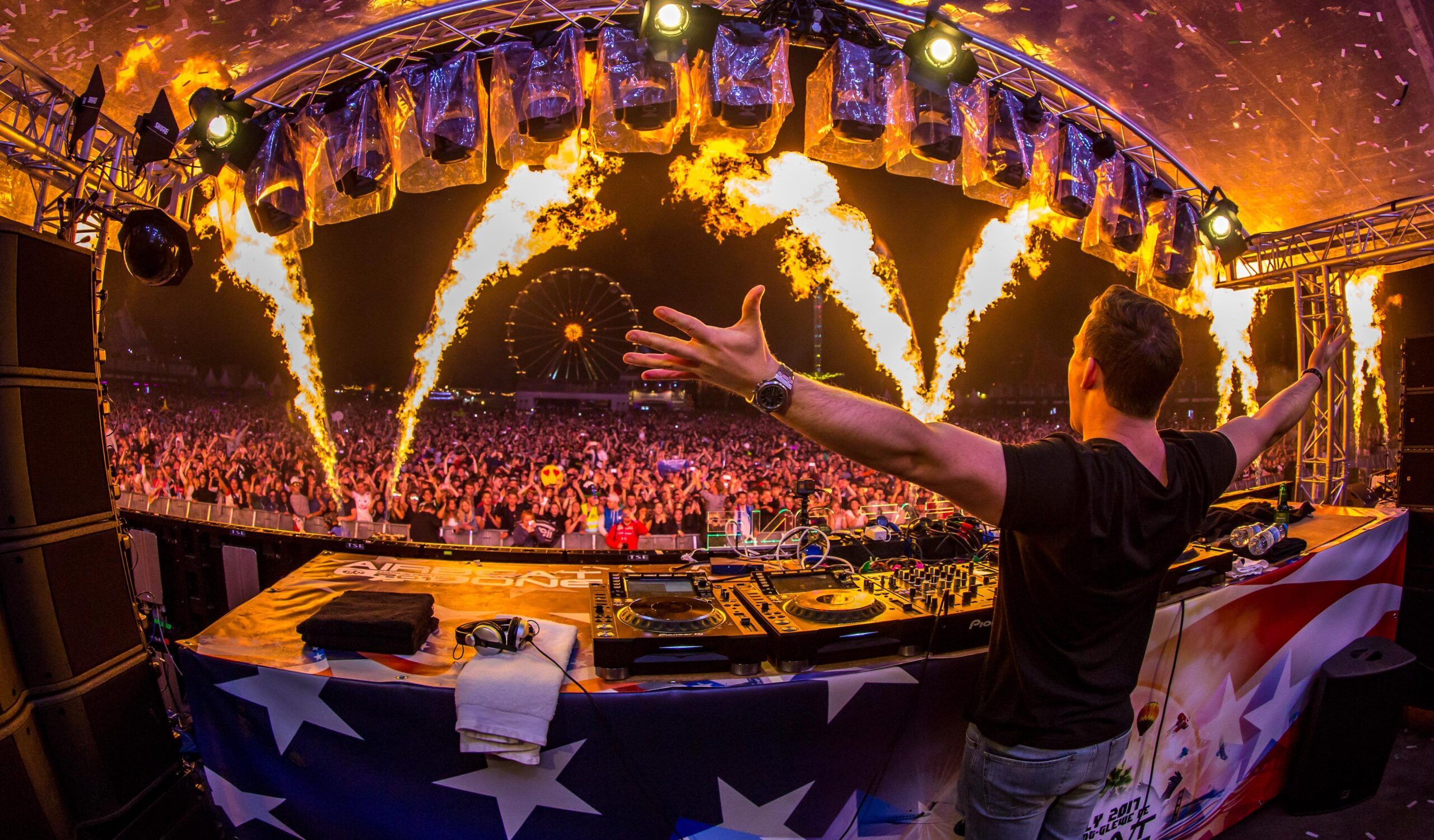 In 2017 the theme of the festival was the USA. The main floor featured the largest stage ever to be assembled in Germany – 130 metres wide, 45 metres high and with a design reminiscent of the Capitol in Washington. A gigantic illuminations show with lasers, floodlights, huge LED screens, sheets of flame and assorted pyrotechnics lit up the night sky over Mecklenburg–Western Pomerania and provided a dramatic backdrop for three days of partying. A more spectacular Main Stage never graced a German festival.

The highlights on the first day were a riveting set by Armin van Buuren, who presented his new single “Sunny Days” for the first time in Germany, and sets by Axwell ^ Ingrosso and Oliver Heldens. Alle Farben and Gestört aber GeiL all but ripped the Terminal tent apart.

On the Friday Paul Kalkbrenner made his first guest appearance in Neustadt Glewe before making way on the Main Stage for three Number 1 DJs of the World. That, too, was unprecedented in Germany. First up was Tïësto with his Sunset set. Then came Hardwell, another star making his Airbeat-One debut, and Dimitri Vegas & Like Mike, who kept the ground of Mecklenburg–Western Pomerania pulsing and throbbing to the sounds of their “Earthquake”.

Alongside the incredible acts on the Main Stage were the sets in the Terminal by such stars as Alle Farben, Alan Walker, Felix Jaehn, Lost Frequencies, Jonas Blue, EDX, Klingande. For the second time in Airbeat-One history the Q-Dance Stage formed the festival’s hardstyle epicentre and the Second Stage doubtless proved one of the quirkiest Goa experiences on the 2017 German festival calendar.

Sunday found fans returning on their post-festival downer from their short ‘trip’ to the US. But with the dates for 2018 already fixed, the gloom was short-lived. Next year’s Airbeat-One Dance Festival will take place from 11th to 15th July 2018. Theme to be announced..

Fans already struggling with withdrawal can pep up the intervening months by savouring the photos and videos on the festival’s social media channels and listening to the Airbeat-One 2017 compilation CD released by Kontor Records!