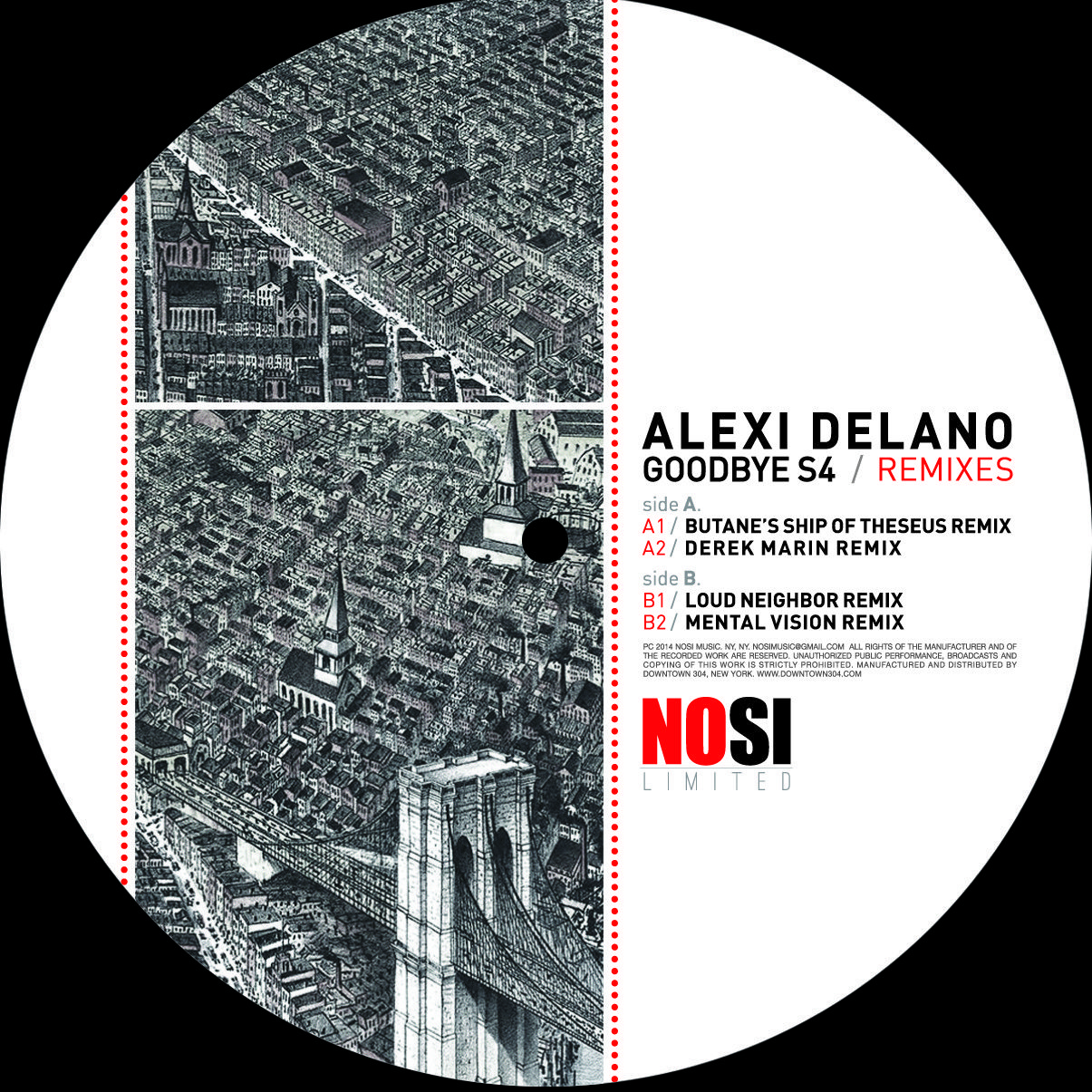 The NOSI Limited imprint is a sub-label of New York’s NOSI Music, an imprint and events company which over its years has unleashed material from the likes of Alland Byallo and Xpansul, as well as welcoming the likes of Noah Pred, Danny Howells and No Regular Play to their events in recent years. Here we see NOSI launch the Limited offshoot with a remix package of former New Yorker now London-based Alexi Delano’s ‘Goodbye S4’ (a farewell track to his studio, street and neighbourhood in Brooklyn) welcoming an array of established and up and coming artist to rework the original cut, all of whom have remixed and released each other’s material over their years in the industry.

Stepping up first is Alphahouse head honcho Butane who treats us to his typically raw and rugged sound via his ‘Ship Of Theseus’ interpretation of “Goodbye S4’, employing warbling bass hooks, crunchy analogue rhythms and an ever-blooming dynamic feel over its seven-minute duration. Trapez artist Derek Marin steps up next on remix duties, turning in a dub-techno led take on the original with raw synth stabs swirling percussive sounds and a reverb soaked, expansive feel to the composition.

Opening the flip side we have a remix of ‘Goodbye S4’ from Loud Neighbor, the duo behind the W0RKT34M brand,  the pair turn in their signature outboard led sound with bubbling synth lines, sturdy drum lines and a general psychedelic feel to things. Mental Vision then closes the package with his take on ‘Goodbye S4’ dropping the tempo slightly, while also bringing jazz-tinged brass sounds, off-kilter drums and rumbling square wave bass into the mix to create a stunning, early hours closing track for the package.