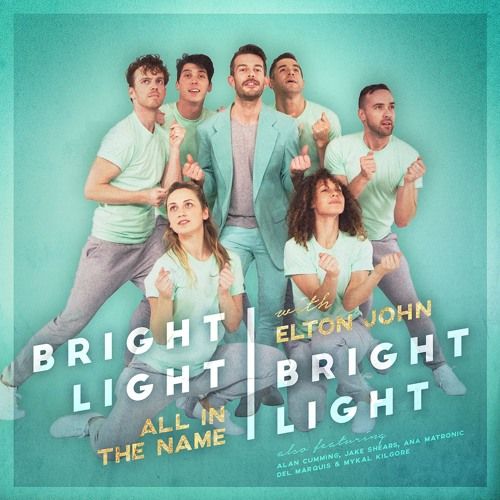 The Welsh musician moved from London to New York three years ago and on ‘Choreography’ he makes peace with this great personal shift. The title, Rod explains, came from “dance and how good it makes you feel and choreographing my life in London and New York.”

Bright Light Bright Light and Sir Elton showcase ‘All In The Name,’ on tonight’s Graham Norton show, their first national TV appearance together. His most balls out 3.30 minute pop moment yet All In The Name, Rod explains, “is a comment on modern day behaviour – about working relentlessly to make something of yourself, and about how people are obsessed with others following, liking and idolising them (social media / celebrity). As someone who uses the socials in a work capacity it’s very topical for me. The song is intended to be tongue-in-cheek not scathing….it’s something we can all fall into”

Multi TONY, Laurence Olivier and Drama Desk award-winner Steven Hoggett, the most in-demand theatrical choreographer and movement expert working on stage today, worked with Rod to choreograph a video concept spanning all three singles. “He’s a smart guy, with killer tunes,” says Steven of Rod. “He had a tonne of ideas and had a great time referencing a load of shapes from 80s and 90s videos. He inspired me no end. I love the guy and he worked his ass off in an environment he had no previous experience in.”

“I was kind of terrified that I’d be really shit at dancing,” Thomas laughs. “I had to up my game and use my brain in a very different way. This is exactly what the whole album has been about. Each new album should be a new challenge. With this one, for the first time I got to make the album exactly as I wanted to, shoot the videos exactly as I wanted them, with exactly the people I wanted to work with. How brilliant is that?”

Bright Light Bright Light plays three shows ahead of the album’s release in Cardiff and London along with an appearance at Bristol Pride. Tickets for his July tour are on sale from 10am on May 27th