Tom Swoon & Kill The Buzz Feat. Jenson Vaughan - All The Way Down 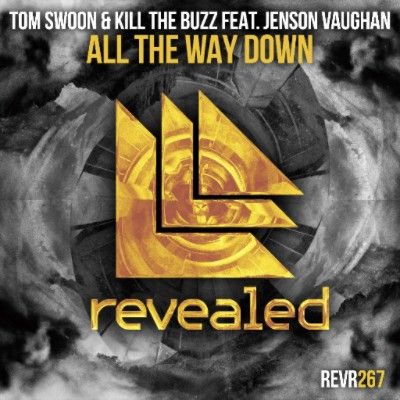 Tom Swoon & Kill The Buzz Feat. Jenson Vaughan - All The Way Down

After making his bow on Revealed earlier in 2016 with his edit of Ale Q & Avedon’s ‘Open My Eyes’, Tom Swoon is back on the famed Dutch imprint, joining up with Revealed regular Kill the Buzz on the instantly memorable ‘All The Way Down’. The pair first planned on working together over two years ago and originally sat down to write the instrumental after ADE 2015, but due to hectic release schedules, with Tom Swoon releasing notable tracks on the likes of Spinnin’, Protocol and Armada and Kill the Buzz a staple member of the Revealed Recordings family, it is only now the pair have found time to finish the track. It has been worth the wait because ‘All The Way Down’, featuring the vocals of Jenson Vaughan, is set to foster itself into one of the standout tracks in both the artist’s catalogues.

The track opens with dreamlike guitar tones drifting alongside the expert vocals of Vaughan, before the snares roll in and the vocal begins to loop the word ‘down’, in a tension rising build-up that is guaranteed to induce plenty of crowd sit-downs this festival season. When the track drops, a massive synth lead is introduced that is a stark contrast to the organic elements of the breakdown, but Tom Swoon and Kill the Buzz manage to combine the two effortlessly into a well written, coherent summer-sizzler.

The track has been a regular in Tom Swoon’s recent sets, and if the crowd reaction is anything to go by it is set to have a big impact this summer. With the pair receiving support from the likes of industry heavyweights such as Hardwell, Tiësto, Martin Garrix, Nicky Romero, Dimitri Vegas & Like Mike and Armin Van Buuren, ‘All The Way Down’ brings together the best attributes of Tom Swoon and Kill the Buzz’s musical talents for a sure-fire fan favourite!

‘All The Way Down’ is out now on Revealed Recordings