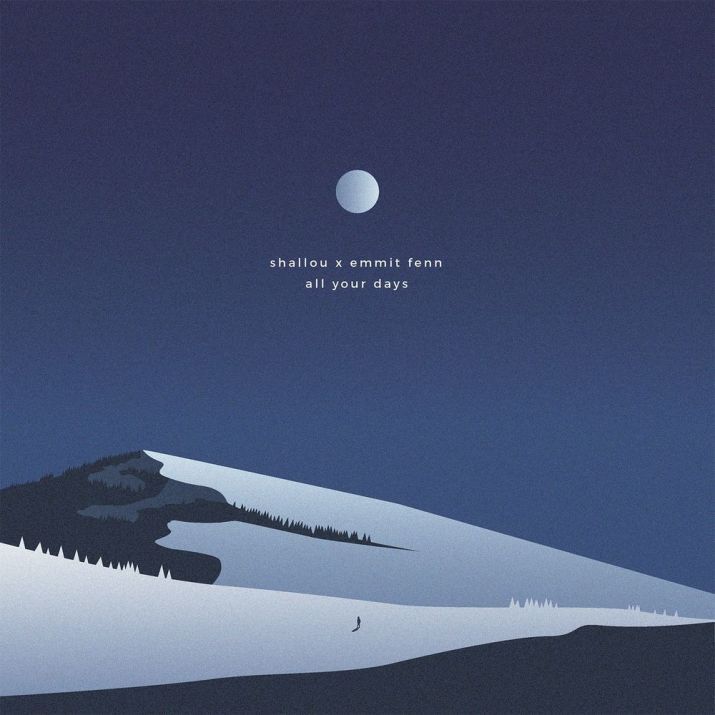 Prolific L.A.-based ambient electronic musician shallou (real name Joe Boston) has released his first single of 2019; 'All Your Days' with Emmit Fenn. 'All Your Days' is quintessentially shallou; otherwordly, pulsating beats complimented by vulnerable vocal, which is all the while uplifting and resonant. There's a delicate beauty to the song, which is in part due to the collaborative efforts of featured artist and multi-instrumentalist Emmit Fenn. Listen via the link below.

Speaking about the song, Joe explains "Emmit originally wrote the demo for Coldplay, just his voice and keys. When he played it for me I knew we could come together and make something special that felt genuine to both of our sounds. We both wanted to express the simple moments of love. There’s so many songs about heartbreak that we’ve all written and heard on the radio, so we thought it would be nice to have a pretty song like this people can escape into or maybe reminisce with. Like a lot of my production, I like to infuse happy lyrics with a tinge of moody sounds to make them feel more emotional, and this track definitely exemplifies that."

In addition to the release, shallou has announced he will be performing twice at this year's Coachella; his first appearance at the world renowned music and arts festival, which will also play host to Childish Gambino, Ariana Grande, Aphex Twin, Solange and Tame Impala. In true shallou fashion, he is also due to embark on an extensive run of dates across North America, both as co-headline with Slow Magic and on a solo headline run. Full dates are listed below.

The Maryland-born producer had an exceptional 2018, performing worldwide, including a sold out London date, and garnering over 2.3 million monthly listeners on Spotify, with over 250 million collective streams of his releases to date. He has been championed by FADER, Complex, NYLON, Clash, SPIN, SiriusXM and even had his face adorning a billboard in New York City's Times Square.